Forum 2000 Commits to Furthering the Legacy of Václav Havel

"We believe that injustice and tyranny must be confronted with courage and perseverance." - Forum 2000 participants 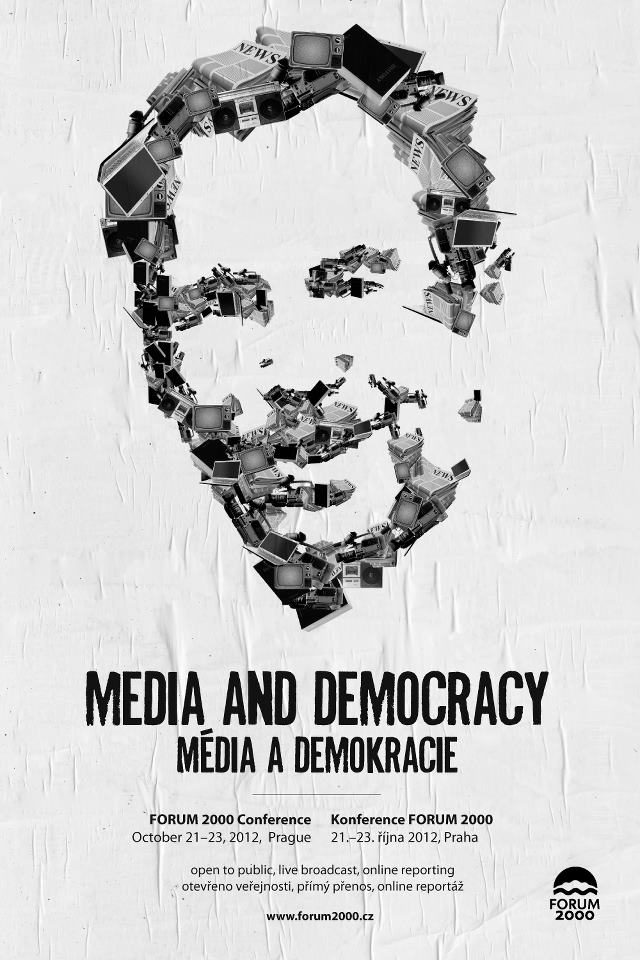 Fresh from travelling around the globe as the new President of Czechoslovakia, Václav Havel came to realize that, although civilization had always faced challenges, those it faced today appeared more complex, more interconnected and more in flux than at any time in the past. He saw that such challenges could not be effectively met by a single individual, group, country, or region, nor could they be dealt with from the perspective of a single ideology, religion, or branch of knowledge. Instead, the search for solutions would require, he believed, a continuous, open-minded dialogue on a broad range of topics involving a wide variety of participants.

Václav Havel searched for a way to make this happen. That is why he, along with Elie Wiesel and Yohei Sasakawa, established Forum 2000 in 1997 providing it with their sponsorship, their ideas, and practical means to operate. Over the past decade and a half, Forum 2000 has made a unique contribution to facilitating a wide ranging global dialogue on many different issues, set in the symbolic environment of Prague.

The past year has been marked by two painful losses: the passing away of Václav Havel, and the death of Oldřich Černý, who from the beginning was Forum 2000’s Executive Director and moving spirit. Their legacy, however, remains and the time has come to restate clearly where Forum 2000 stands and where it is heading.

This year's conference, focusing on Media and Democracy, in itself a fundamentally Havelian topic, offers a perfect opportunity for such reflection.

Our Inspiration
Forum 2000’s founders have left us the indelible legacy of their ideas and approaches, whether it be Václav Havel’s insistence that "telling lies can never save us from further lies," or Elie Wiesel’s profound observation that "indifference is the epitome of evil," or Yohei Sasakawa’s devotion to alleviating disease and human suffering. These are the principles that will continue to guide us as we move forward.

Since 1997, our discussions have also been shaped by the growing number of Forum 2000 participants, prominent personalities from all walks of life, who cherish the experience and often return to participate again, providing us with valuable feedback and inspiration for our further activities.

And the inspiring genius loci of Forum 2000’s primary location: For centuries, Prague has been a crossroads of history. It represents a symbiosis of different cultures, in particular the Czech, German and Jewish cultures, until their relative harmony was destroyed by nationalist clashes and the horrors of Nazism. In both 1938 and 1948, Czechoslovakia paid dearly for the politics of appeasement and yielding to intimidation. Communism, which established a totalitarian state in post-war Czechoslovakia, managed to survive attempts at reform by crushing the Prague Spring in 1968 and went on to last a total of forty years. Democracy has not come easily to this region, and it has had to be struggled for throughout a troublesome transformation. The quest continues.


Our Values
We believe that injustice and tyranny must be confronted with courage and perseverance. The very least we can do is to remember and remind. The late Cuban dissident Oswaldo Payá, as well as Burma’s Aung San Suu Kyi, were regularly invited to Forum 2000 conferences, even though it was certain their authoritarian rulers would not allow them to attend. Forum 2000 also repeatedly drew attention to the plight of freedom loving people in Belarus, Russia and Tibet. Václav Havel was the first head of state to invite His Holiness the Dalai Lama for an official visit, and support to Tibetans has been maintained via Forum 2000 till the present. Through Forum 2000’s Shared Concern Initiative, Václav Havel began a successful campaign to award the 2010 Nobel Peace Prize to Liu Xiaobo, jailed in China for his human rights activities, and urged his and his wife’s release from prison. As symbolic as these actions are, we believe they bolster the power of these powerless and confirm the legitimacy of their uncompromising stances. The struggles of human rights activists are an acute reminder of the need to stand up for democracy and human rights, freedom and liberty, and the principles of citizenship, civility and responsibility, wherever they are under threat.

We believe that vibrant and engaged civil societies form the bedrock on which respect for human rights, functioning democracy, social justice and sustainable economic prosperity are based. These civil societies are equally vital for posing the key questions of public life, and often help find practical solutions.

We believe in genuine and open dialogue. Rather than pretend we have ready-made answers to the problems we face, Forum 2000 seeks to create a space for frank and profound reflection about the values that underlie human behavior and for exploring how they can be applied to real-world situations. It seeks to be a place where commonly accepted orthodoxies can be questioned with audacity, and directly.

We believe that real partnership can exist among those who speak openly and tell the truth. Such a relationship requires tolerance between nations, ethnic groups, cultures, religions and individuals at a basic human level. It requires a willingness to listen and, on occasion, an agreement to disagree. It is only by attempting to place oneself in the shoes of another that entrenched differences can be overcome and solutions to great challenges envisaged.


Our Methods
Our flagship annual Conferences gather dozens of participants of many different ethnic, cultural, religious and professional backgrounds, including prominent politicians, senior academics, religious leaders, but also little known dissidents and young activists. The discussions are open to the public in Prague, and to a global audience via online broadcasting and the publication of contributions and outcomes. In addition, Forum 2000 conducts specific dialogues in other smaller-scale formats. We envisage bringing the dialogue to other locations in the world.

The Shared Concern Initiative is a vehicle for facilitating the joint expression of an opinion shared among groups of distinguished leaders and personalities. Wherever our shared values come under attack, the Shared Concern Initiative can give a voice to that concern, one that can be heard around the world through a number of media outlets. Developments in Venezuela, Tibet and Ukraine are recent additions to the issues the Initiative has addressed since its establishment in 2005.

Forum 2000 provides intangible yet direct support to the evolution of civil society in the Czech Republic and Central Europe. The annual NGO Market in Prague helps civil society actors intensify their cooperation, find partners more easily and operate freely and effectively. Finally, an indispensable part of Forum 2000's mission is outreach to young people through a variety of educational activities.

***
We, participants of the 2012 Annual Forum 2000 Conference, along with members of Forum 2000 governing and advisory bodies, salute the lifelong work of the late President Václav Havel and pledge to uphold his legacy as set out in this declaration.