At 12:11pm today, December 17, 2012,  independent journalist and civic activist, Ivan Hernandez Carillo, began to tweet photos of disturbing images of Marina Montes Piñón, a 60 year old woman and long time opposition activist, who had been badly beaten by regime agents on December 15 in Cuba. Ivan reported over twitter on how she ended up in such a state. Independent journalist Juan Carlos Linares Balmaseda initially broke the story, disclosing the assault on Marina Montes Piñón and Ivan got the word out through the twitterverse.


That is how the regime's State Security left opposition activist Marina Montes Piñón this past December 15. 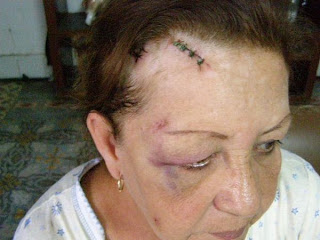 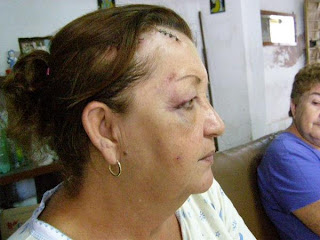 Marina Montes Piñon has been a member of the November 30th Party, Leonor Perez Mothers Committee, CAPPF and is an active member of: "Those who do not shut up" 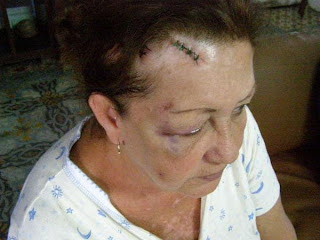 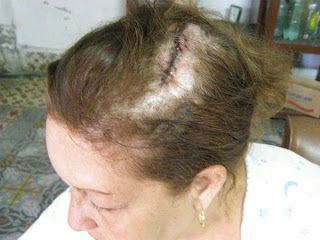 Almost 30 stitches in total for deep wounds in skull given to Marina Montes Piñón by a State Security  sponsored attack.