Oswaldo Payá, nonviolence and the price of freedom

"We do not want savage capitalism; we already have savage communism. Please, no more savage things." - Oswaldo José Payá Sardiñas 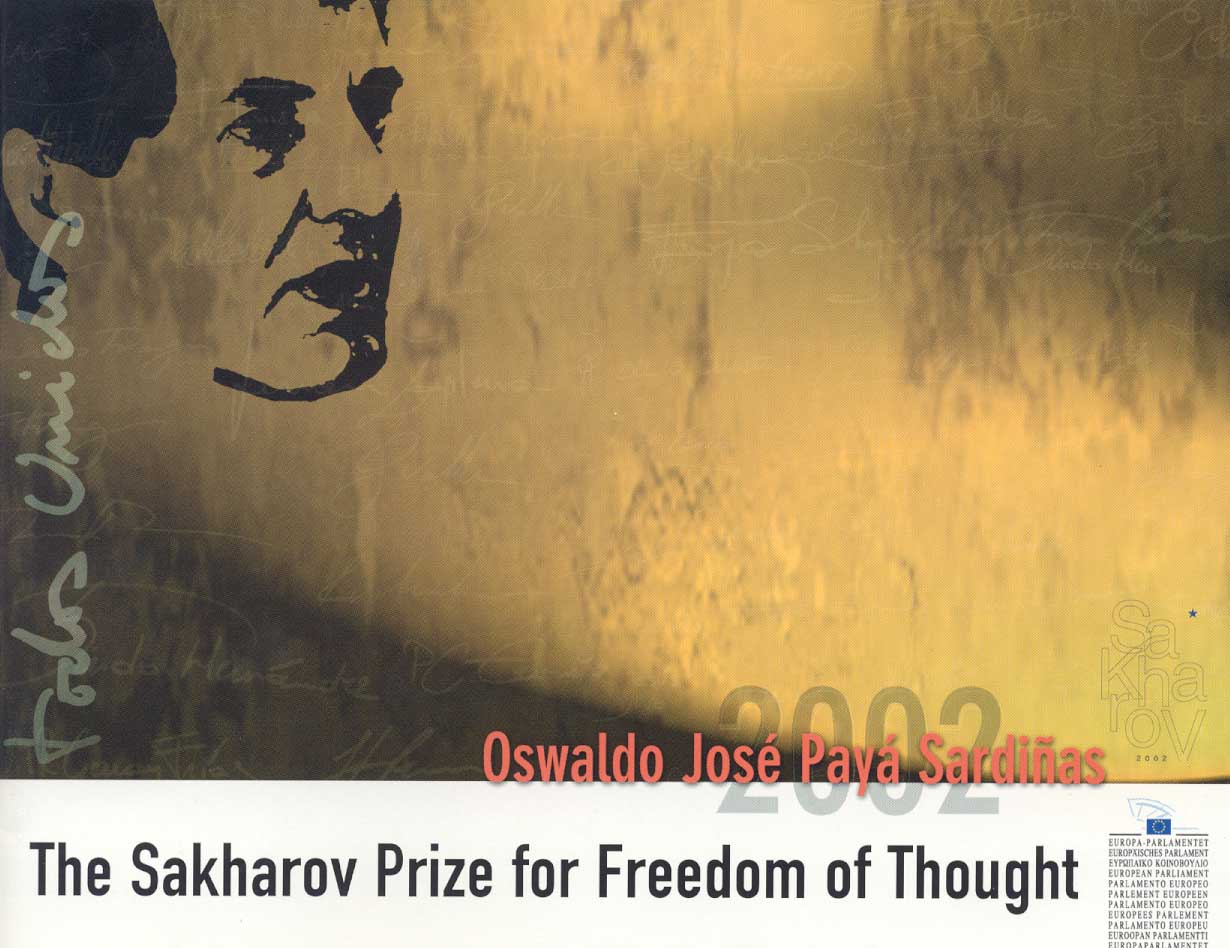 Ten years ago today, Oswaldo José Payá Sardiñas was in Strasbourg, France at the European Parliament receiving the  2002 Sakharov Prize for Freedom of Thought. He was the first Cuban to be awarded this great honor named after a courageous Russian dissident and nuclear physicist. Its hard to believe that ten years have already passed since that day when Oswaldo spoke to the world about the aspirations of Cubans to live in freedom with dignity.

It is even more difficult to know that Cubans have lost a great Christian nonviolent leader who would have been a critical force for offering a much needed combination of principled yet pragmatic leadership in the midst of a democratic transition.

Although we have lost the physical presence of the man his writings and example live on as does the Christian Liberation Movement (MCL) that he founded.

With that in mind, today is a good day to review and reflect on some of the key ideas that he expressed in the heart of the European Union ten long years ago. Let us also remember that he could have stayed and become another Cuban exile but instead made the decision to return to Cuba and risk everything for the freedom of his homeland.

On nonviolence as a mechanism for real change:


"Father Felix Varela has taught us that independence and national sovereignty are inseparable from the exercise of basic rights. We Cubans – whether we live in Cuba or in the diaspora – are a single people and we have both the determination and the ability to build a just, free and democratic society, without hatred and without the desire for revenge. In the words of José Marti, ‘With everyone and for everyone’s benefit’."
"We have not chosen the path of peace as a tactic, but because it is inseparable from the goal for which our people are striving. Experience teaches us that violence begets more violence and that when political change is brought about by such means, new forms of oppression and injustice arise."

"This time we shall bring about change by means of this civic movement which is already opening a new chapter in Cuba’s history, in which dialogue, democratic involvement, and solidarity will prevail. In such a way we shall foster genuine peace. Cuba’s civic combatant heroes – the ordinary people who have signed the Varela Project – carry no weapons. Not a single hand is armed. We walk with both arms outstretched, offering our hands to all Cubans as brothers and sisters, and to all peoples of the world."

"The first victory we can claim is that our hearts are free of hatred. Hence we say to those who persecute us and who try to dominate us: ‘You are my brother. I do not hate you, but you are not going to dominate me by fear. I do not wish to impose my truth, nor do I wish you to impose yours on me. We are going to seek the truth together’. THIS IS THE LIBERATION WHICH WE ARE PROCLAIMING."


On how human rights and economic and social well-being are interrelated:

"There are still those who perpetuate the myth that the exercising of political and civil rights is an alternative to a society’s ability to achieve social justice and development. They are not mutually exclusive. The absence of any civil and political rights in Cuba has had serious consequences such as inequality, the poverty of the majority and privileges of a minority and the deterioration of certain services, even though these were conceived as a positive system to benefit the people."

"It is becoming increasingly apparent that well-being and economic and social progress are the fruits of being able to exercise one’s rights. In the same way, a democracy is not genuine and complete if it cannot initiate and sustain a process that raises the quality of life of all its citizens, because no people would freely vote for the kind of poverty and inequality that results in the masses becoming disadvantaged and marginalized. The peoples of Latin America are calling for a genuine democracy which will enable justice to be established. It is scandalous that methods intended to overcome a crisis and end poverty can be applied in the name of efficiency when in reality they threaten to obliterate the poor."

"We now know that any method or model which purportedly aims to achieve justice, development, and efficiency but takes precedence over the individual or cancels out any of the fundamental rights leads to a form of oppression and to exclusion and is calamitous for the people."


On importance of international solidarity keeping humanity in globalization:

"The cause of human rights is a single cause, just as the people of the world are a single people. The talk today is of globalization, but we must state that unless there is global solidarity, not only human rights but also the right to remain human will be jeopardized."

"If there is no solidarity between people we will be unable to preserve a fair world in which it is possible to continue living as human beings. I therefore humbly believe that rather than new models, both for societies and for relations between countries, what we need is a new spirit."

He closed his speech affirming the Christian foundation of his movement:

"We dedicate this prize and our hopes to the Lord Jesus, born in a lowly manger. Thank you and Merry Christmas."

In the end Oswaldo paid the ultimate price for freedom.  Let us remember and honor him by seeking the truth about the circumstances surrounding his death and the death of MCL youth leader Harold Cepero on July 22, 2012.
Posted by John Suarez at 11:29 PM