No: A film about the nonviolent campaign that brought down Pinochet 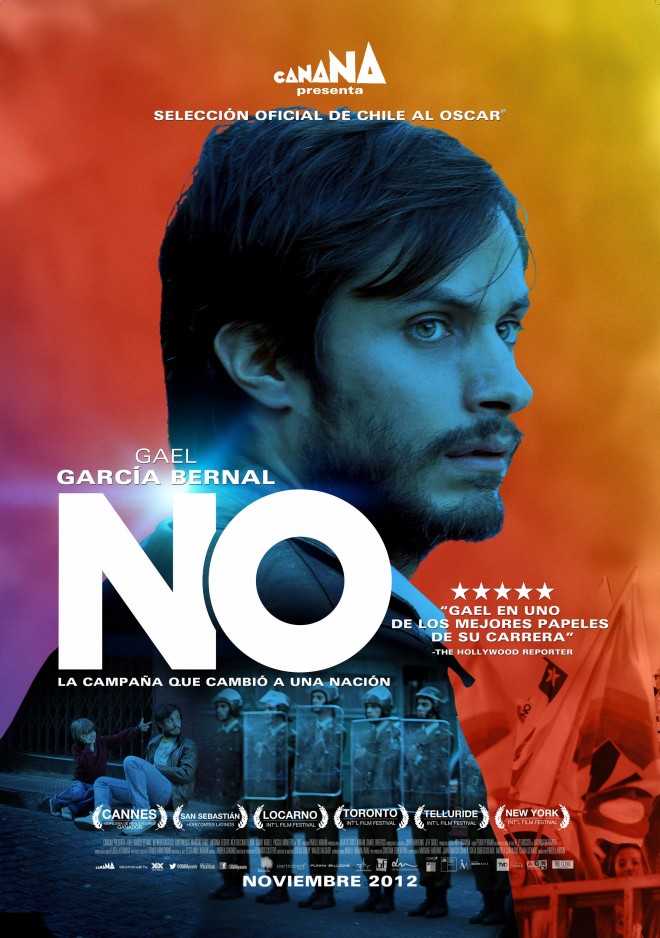 Keep an eye out for the 2013 Academy Award Nominee for Best Foreign Film. It's "NO" a film by Pablo Larraín that offers a fictionalized account of the 1988 Plebiscite that decided the future of the Pinochet regime. It opens in New York and Los Angeles on February 21, 2013 and will make its way down to Miami in short order.


The story has been told in film in a documentary format in A Force More Powerful and there is lots of information on this successful nonviolent campaign that brought an end to the Pinochet dictatorship at the ballot box.

The official website for the film offers the following description:

In 1988, Chilean military dictator Augusto Pinochet, due to international pressure, is forced to call a plebiscite on his presidency. The country will vote YES or NO to Pinochet extending his rule for another eight years. Opposition leaders for the NO persuade a brash young advertising executive, Rene Saavedra (Gael Garcia Bernal), to spearhead their campaign. Against all odds, with scant resources and under scrutiny by the despot's minions, Saavedra and his team devise an audacious plan to win the election and set Chile free. 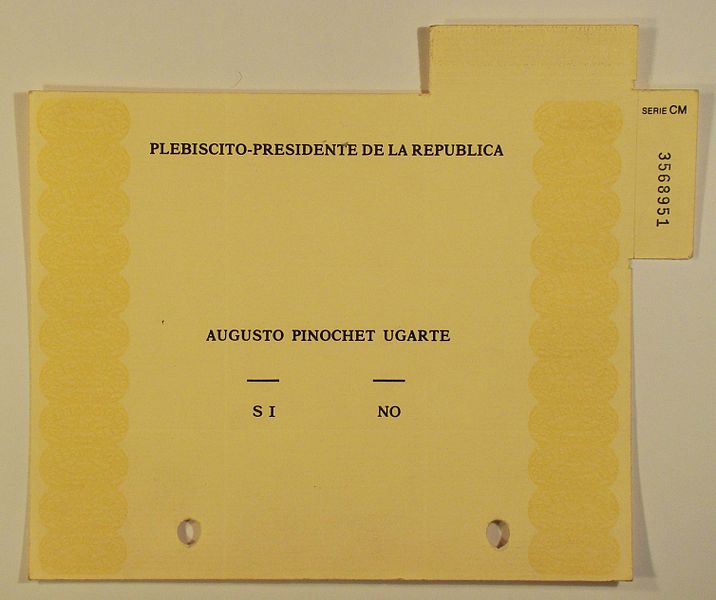