Human Rights Defenders in Cuba are a suspect class defined as mercenaries by the regime and the Universal Declaration of Human Rights, of which the Cuban government was a signatory on December 10, 1948 is a subversive document to be confiscated. Thousands of Cubans have been arbitrarily detained in 2012 alone for trying to exercise their human rights. Human rights defenders have been killed while in regime custody or died under suspicious circumstances.

It would not be a stretch to say that human rights are an endangered species in Cuba. Merriam-Webster dictionary defines a generation as "the average span of time between the birth of parents and that of their offspring." A generation is about 30 years.

This means that two generations of Cubans have been born and grown up in a society where human rights have essentially been unknown. There have been times, especially in the late 1960s and early 1970s when one might have thought human rights in Cuba extinct. 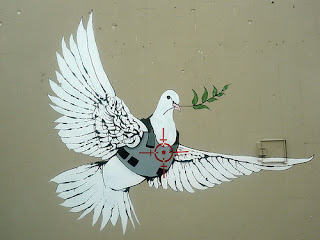 They would be wrong. From inside of the prisons and at the margins of society old activists who remembered and revered the Universal Declaration of Human Rights and new generations of young activists, who although not knowledgeable of the history, found the desire for fundamental human rights hard wired in their conscience.

These factors led to the re-birth of Cuban civil society's defense of human rights in 1976 with formation of the Cuban Committee for Human Rights.

Over the next 37 years what began as a single organization formed behind prison walls and later situated in Havana grew into a nationwide movement and despite the brutal efforts of the dictatorship to destroy it - so far it has survived and thrived because human beings have an innate desire to be free and live with dignity.

Despite the wishful thinking of the totalitarian despots in Cuba and their allies elsewhere: Cubans are human beings and have a right to their rights.

With their sacrifice the world can bear witness that although endangered the struggle for human rights in Cuba continues via nonviolent means.

Voices in Cuba such as the Cuban rock n roller Ciro Diaz understands this reality and the sacrifice carried out by many and wrote a song about it called "El Precio" (The Price).  Here it is: