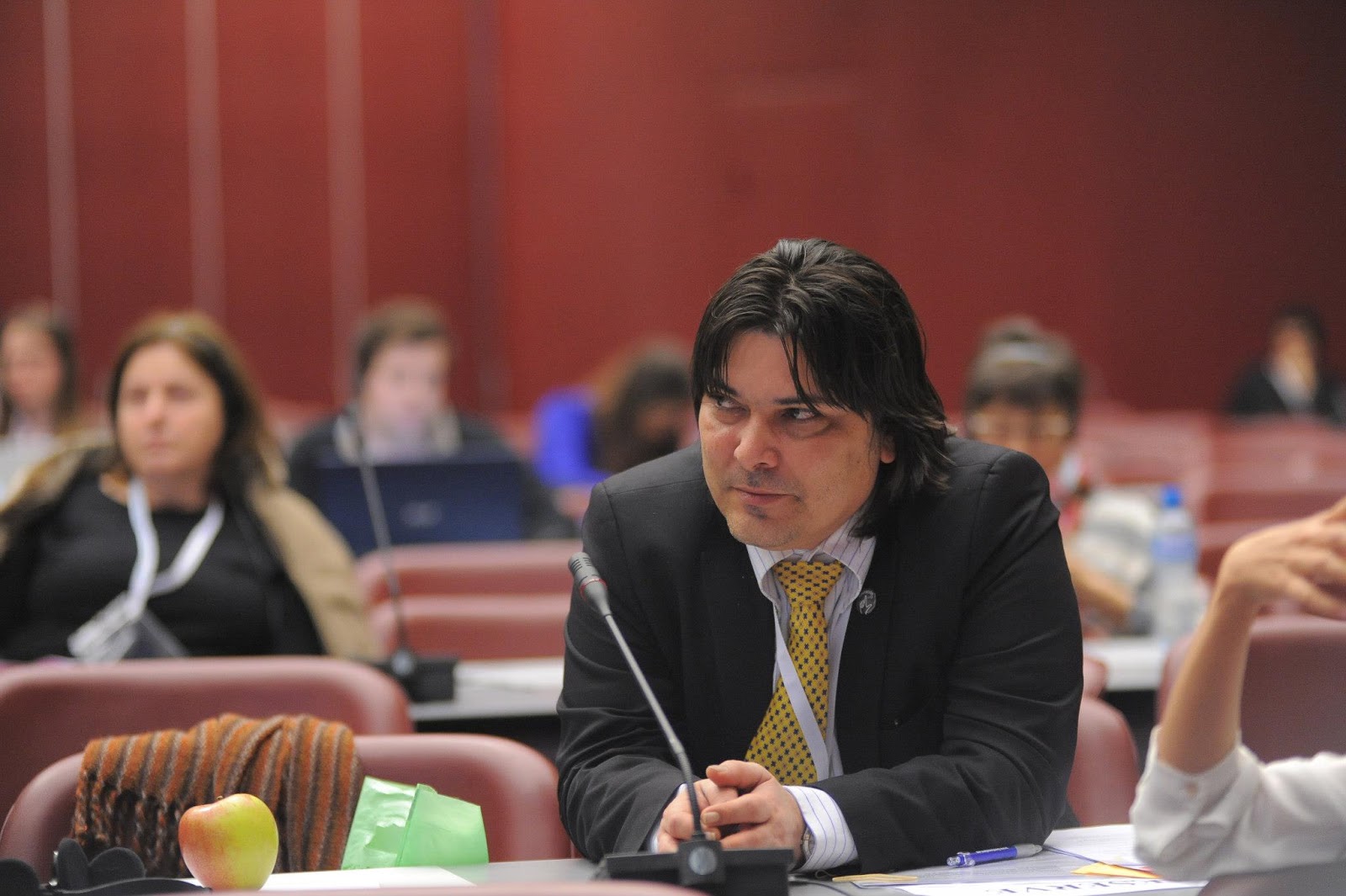 My name is Regis Iglesias, Christian Liberation Movement spokesperson, poet and columnist. To defend human rights in my country, Cuba, I was arbitrarily arrested and sentenced to 18 years in prison in April 2003 along with 74 other activists. I was in solitary confinement for a year and a half, sent to a prison hundreds of kilometers from my family, and I suffered the inhumane conditions of the prisons in Cuba.

Cuba, has been suffering for more than half a century a totalitarian and autocratic regime. The lack of political and civil liberties is critical, even when their own laws on the island leave loopholes for citizens to exercise and demand respect these inalienable rights of every human person.

Popular sovereignty has been hijacked by an oligarchy that refuses to respect the will of the people.

I was jailed for demanding, from these constitutional loopholes, a plebiscite in which the people express their sovereign will and claim their rights. After 7 years of captivity I was deported to Spain directly from prison.


The military junta that has economic power in the island does not recognize or respect the the right of Cubans to freely enter or leave their own country, they are not walking towards reconciliation and the recognition of all rights for all Cubans. They are laying the groundwork to secure the continuity of its oligarchic project and creating greater social differences in the desolate and increasingly poor population of the island.

The voices of the victims of this repressive system, of those killed, Oswaldo Paya, Harold Cepero, Orlando Zapata, Roberto Ribalta, the voices of the prisoners and the repressed Sonia Garro, Yosvani Melchor, Calixto Martinez, Osvaldo Rodriguez, Gorky Aguila, Yris Pérez and many Cubans over 54 years of dictatorship demands solidarity so that we can begin the urgent process of liberation that brings reconciliation and happiness to all the children of Cuba.

Join us on our path to freedom, the path of the Cuban people.