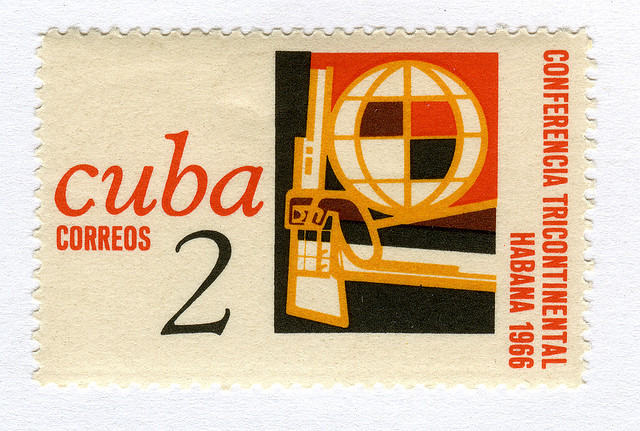 A trial balloon is being floated by elements in the Obama Administration to remove the dictatorship in Cuba from the list of state sponsors of terrorism. This is a bad idea for a number of reasons. Unfortunately, that does not guarantee that it will not come to pass. For example during the George W. Bush Administration both Libya and North Korea were taken of the list of state sponsors of terrorism. In the case of Libya there was an attempt to normalize relations with Qaddafi and describe him as reformed.

Nevertheless one must make the case, even if it is only to later tell officials, I told you so.

First, the regime in Cuba has over a half century of not only sponsoring terrorism but also engaging in acts of international state terrorism that led to the loss of American lives and property.

Secondly, the official press channels celebrated a terrorist that the Cuban government had trained and prepared in the past to attack targets on the United States mainland as recently as 2010:


Radio Havana Cuba published an article online titled "Political Activist Marilyn Buck Dies at 62" in which it referred to Marilyn Buck as an "activist and former political prisoner". In reality she was an American terrorist who bombed the U.S. Capitol in 1983 to protest the Grenada Invasion, and on October 20, 1981 as part of a group of Weather Underground and Black Liberation Army members assaulted a Brink’s armored car carrying $1.6 million in Nanuet, NY. Buck was a member of the Black Liberation Army. Two police officers and a guard were murdered in the course of the armed robbery. Buck also pleaded guilty to the bombing of the US Capitol in 1988.


The international terrorist Carlos the Jackal claimed to have killed less people then Fidel Castro, a man that he admires.

Finally, the Castro regime has operational relations with other state sponsors of terror such as Iran and Syria. It is important to recall that months prior to the September 11, 2001 terror attacks that Fidel Castro speaking at the University of Tehran on May 10, 2001 said: "Iran and Cuba, in cooperation with each other, can bring America to its knees." ... "The U.S. regime is very weak, and we are witnessing this weakness from close up." Relations between Cuba and Iran have not cooled over the past decade as can be gleaned from Mahmoud Ahmadinejad,'s January 12, 2012 statement in Havana, Cuba, "Our positions, versions, interpretations are alike, very close. We have been good friends, we are and will be, and we will be together forever. Long live Cuba!"

The same is true with regards to Syria. The Cuban government has had close relations with both Assads and backed their bloody crackdowns in the official media and at the United Nations Human Rights Council.

The Obama Administration has been right to maintain Cuba on the list of terror sponsors in previous years and should do so again this year. Wikileaks revelations have also offered further evidence for keeping the Castro dictatorship on the terror sponsor list because the regime has turned the island into a safe haven for terrorists.

There are troubling signs that the Castro regime is getting a free pass. Despite setting up a policy to refuse visas to gross human rights violators the U.S. State Department has been granting visas to regime thugs such as Adalberto Sánchez Sorit and Reynaldo Perez Iglesia to enter the United States. These men should be detained and tried for crimes against humanity not granted visas.  At the same time Alan Gross, an American citizen, continues to rot in a Cuban prison for having attempted to provide uncensored internet to a local Jewish community.