What are these people afraid of? This is just rock and roll? - Gorki Águila 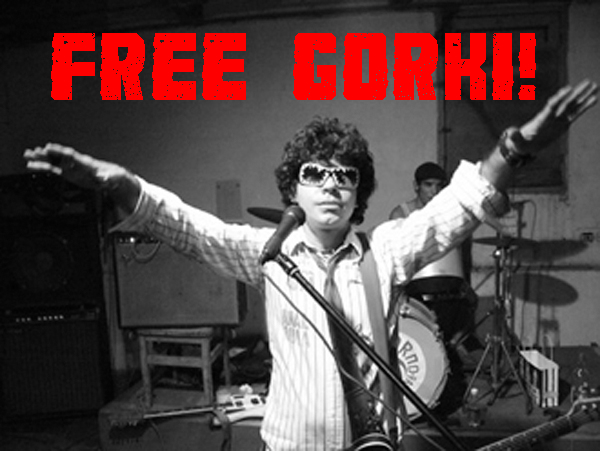 Update Sunday March 10 at 10:35am Ailer González Mena reports from Cuba via twitter "The musician Gorki Aguila released after 24 hours of arbitrary detention."

Cuban blogger Reinaldo Escobar reported over twitter on Saturday May 9, 2013 at 10:23am that "Gorki Águila has just been detained by police to impede launch today of the record "Maleconazo Now."


This is not the first time that Gorki and the band "Porno para Ricardo" have suffered repression at the hands of the Cuban authorities. On November 26, 2010 Ciro Diaz (guitar), Hebert Dominguez (bass) and Claudio Fuentes photographer were arrested and taken to the 5th Station of Playa and Gorki Águila (vocals) and William Retureta were arrested and taken to the station of Siboney. All were handcuffed and taken in patrol cars to police stations where they were accused of "carrying instruments of dubious origin." Ten hours later they released them. In August of 2008, Gorki was arrested on a charge of social dangerousness and was looking at serious prison time but international mobilization secured his freedom and he only had to pay a 600 peso fine ($28) fine for noise pollution. On facebook groups were created backing his freedom. Its time to mobilize again.