"Soon I will return to Cuba. I ask the United Nations for protection for my life and the lives of thousands of human rights activists in Cuba today." - Yris Perez Aguilera at the UNHRC today 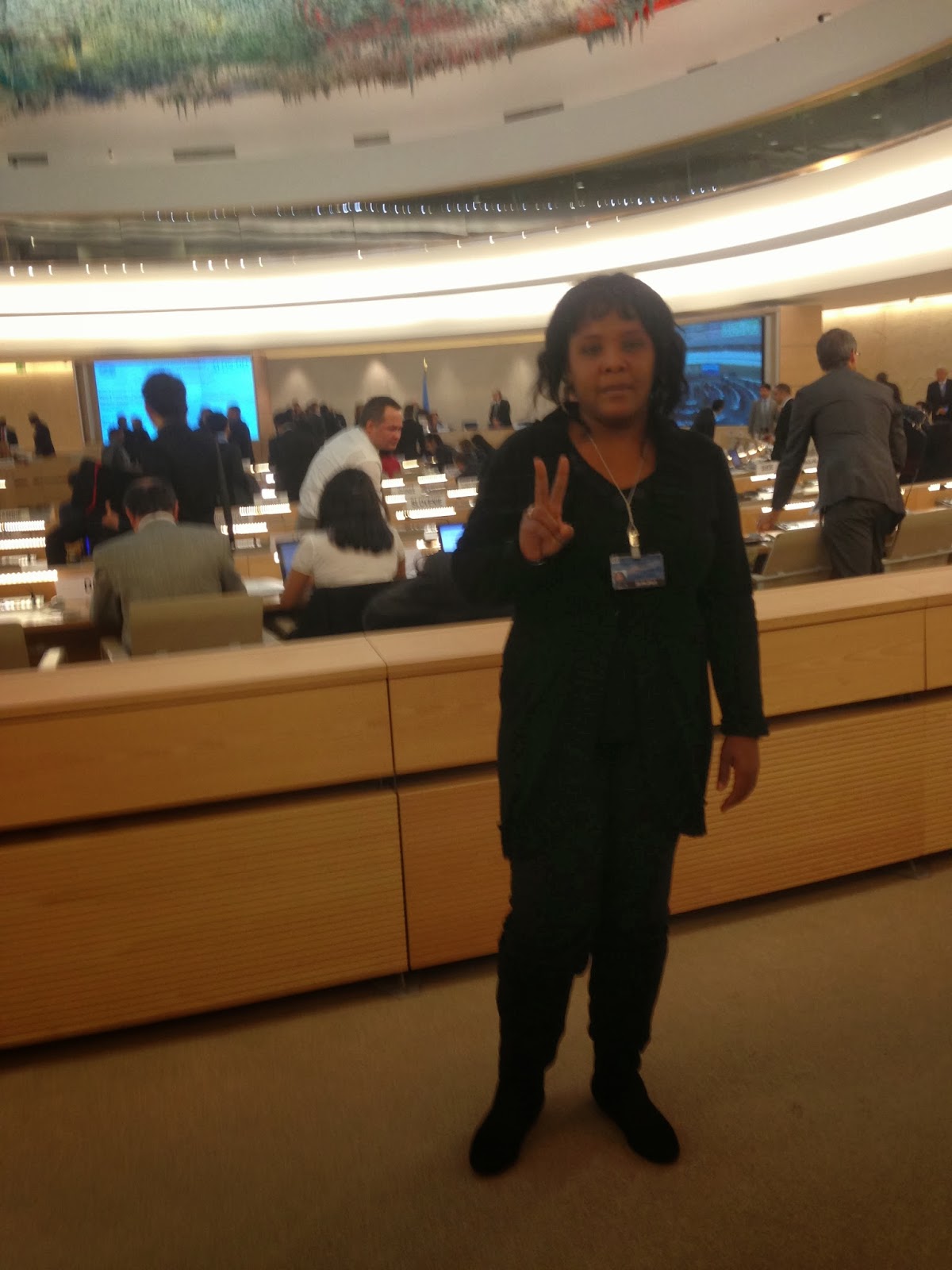 
Original Audio (In Spanish) from the Cuban Democratic Directorate

My name is Yris Perez Aguilera. I am a human rights defender in Cuba, leading the Rosa Parks Women’s Movement for Civil Rights.

Paragraph 56 of the Stakeholders Summary cites to our submission on the Cuban government’s growing use of violence against women human rights defenders, along with arbitrary arrests and death threats. Importantly, on page 23 of today’s report, recommendations by the Netherlands, Norway, Poland, Germany, and Hungary address these gross abuses.

Mr. President, it is in this regard that I have come to bear witness.

I have been the victim of aggressions on the part of the Cuban authorities, especially by the agents Yuniel Monteagudo Reina and Eric Aquino Yera. They have beaten me into unconsciousness in the pavement, as took place most recently this past March 7 in Santa Clara. The hits to the head, neck, and back have caused me serious health problems that I have not been able to recover from. In addition to beating me, they have threatened me with death on various occasions, these agents have told me that they are going to rape me, and have shown their genitals during arbitrary arrests.

Because I am a black woman the cruelty has been worse, because the government that exists in Cuba is racist. At this moment Sonia Garro Alfonso remains in prison since March of 2012 in inhumane conditions and without trial. In October of 2011, Laura Pollán Toledo, leader of the Ladies in White died under suspicious conditions while under the custody of the political police in Havana.

Daysi Talavera Ortiz, an activist in Matanzas, died run over by a car in January of the same year. Women human rights defenders in Cuba suffer homes under siege, aggressions against their young children, and the arbitrariness of the government that has remained in power for 54 years.

Soon I will return to Cuba. I ask the United Nations for protection for my life and the lives of thousands of human rights activists in Cuba today. The authorities in Havana should respond: Why do they murder and systematically violate the rights of citizens in Cuba?