The Secret of the Powerful Cuban Exile Lobby in Washington D.C.

What Cuban exiles and Cuban Americans don't like to admit 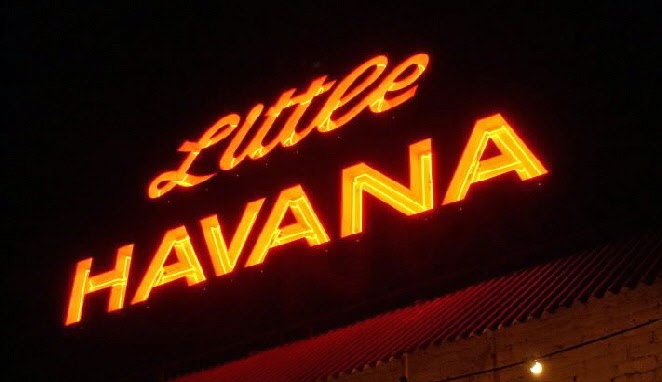 The dictatorship in Cuba has now been in power for 55 years and for most of that time economic sanctions have been in place.

What is known as the Cuban Embargo began On January 3, 1961 when President Dwight D. Eisenhower suspended trade with Cuba, a few days after his administration broke diplomatic relations with the country. The embargo on Cuba since its inception has meant restrictions on trade and travel to the island by U.S. citizens and in practice has been a partial embargo. Over the decades these sanctions have been loosened and tightened depending on the circumstances at the time.

There was no Cuban exile or Cuban-American lobby until the 1980s and the lobby’s greatest effort involved seeing that Cubans on the island be provided with uncensored news in what would become known as Radio/TV Marti. At the time Radio Free Europe/Radio had been broadcasting to Eastern Europe and the Soviet Union since 1950 but not to Cuba or China. Radio Marti was established in 1983 (TV Marti in 1990) and Radio Free Asia in 1996.

The ban on U.S. imports from Cuba remains but U.S. exports to Cuba have been going on since 1992 with the amounts dramatically increasing since 2002 reaching its peak in exports to Cuba under the Bush Administration in 2008.

President Bill Clinton shook hands with Fidel Castro in September of 2000 and a month later signed the Trade Sanctions Reform and Export Enhancement Act and opened cash and carry trade with the Castro dictatorship at the end of his Administration. At the time of its passage, Fidel Castro said "his country would not buy 'even a grain of rice' under the current terms."

The Cuban dictator ended up buying much more than a grain of rice under those terms. Between 2000 and 2013 American companies have sold $4.689 billion dollars in goods to the Castro regime on a cash and carry basis. Despite the 2003 crackdown on dissidents known as the Black Cuban Spring where the Bush Administration tightened sanctions on being able to travel to Cuba and set limits lower on remittances sent to the island. However, nothing was changed in the cash and carry sales made by U.S. companies to the Castro regime. Towards the end of the Bush Administration in August of 2008 the Cuban government announced that the United States was its fifth leading trading partner.

Despite loosening restrictions further under the Obama Administration agricultural trade with Cuba had dropped to 363.3 million dollars in 2011 and figures for 2012 showed a improvement with sales to the island at 457.3 million dollars. In 2013 agricultural trade dipped to 348,747,293.00 but at the same time there was a dramatic increase in the purchase of pharmaceuticals from 234,718.00 dollars in 2012 to 2,184,370.00 in 2013. However, it did not make up for the decline in Agricultural sales to Cuba. This is not a total embargo but a partial one in which the United States is one of Cuba’s top trading partners. As of the reporting year of 2013 total trade with Cuba since 2001 under TSRA amounts to $4,689,621,948.00

Meanwhile countries that do not have sanctions in place, which includes restrictions on granting credits such as Russia, Venezuela, China, Japan, Spain, Argentina, France, Romania, Brazil, Italy, and Mexico are owed billions of dollars. Russia is forgiving $29 billion dollars of debt that the Castro regime owed it and Mexico is waiving 487 million dollars of debt owed by the regime in Havana.

Where do you think the United States would be on this list if sanctions were lifted and credits became available to the Castro regime? How much would U.S. taxpayers have to shell out?

When the Pro-Castro lobby and their allies in the Chamber of Commerce that are very powerful try to sell normalizing relations with Castro the facts always get in the way. For partial example read on:
The secret that the Chamber of Commerce and the Pro-Castro lobby do not want you to know is that there is no powerful Cuban exile lobby. There is a David and Goliath battle going on but when it comes to money the anti-Castro Cuban exiles are David in a battle with Goliath's such as the U.S. Chamber of Commerce. A question to ask yourselves is how can three Cuban American U.S. Senators out of 100 and four Cuban American congresspersons out of 435 dictate Cuba policy? The answer is they can’t. What has shaped the current U.S. policy boils down to the facts in evidence and what serves the best interests of the United States.What these legislators and free Cubans are doing is helping to get the facts out in the midst of the onslaught of pro-Castro and corporate propaganda.