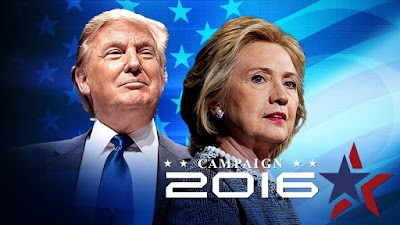 On December 16, 2016 The Miami Herald published a story with a headline reading as a question: Was vote by Miami’s Cuban community a referendum on Obama’s policy?  that was two separate articles in one. The first part contained statements by elected representatives affirming that the Cuban American vote was a referendum on Obama's Cuba policy. U.S. Rep. Ileana Ros-Lehtinen, a Miami Republican. stated it simply: “Within the Cuban-American community, the presidential election results demonstrate a direct rebuke of Obama’s Cuba policy reversal.”

The rest of the article read like a press release from the anti-Embargo lobby that ignored some essential facts contained within the polls cited. Prior to Donald Trump changing his position on September 17, 2016 from lukewarm support for Obama Cuba policy to promising to roll it back his support ranged from 35 to 37% based on two polls takes months apart. The FIU Cuba Poll was taken between July 11 and August 12, 2016 with a random sample of 1,000 Cuban Americans residing in Miami - Dade County. According to Tim Padgett in his September 15, 2016 article  "FIU Poll Of Miami Cubans Shows Strong Support For Obama Normalization Policy" only 35% of Cuban Americans were going to vote for Donald Trump according to the poll with a margin of error of 3 percent. This number tracks with the 37% support for Donald Trump in the Moreno Poll of 400 likely Miami-Dade Cuban American voters conducted between April 21 - 23, 2016 that had a three point margin of error.

The Bendixen-Amandi poll with +/- 3.99 margin of error conducted between October 15 - 17, 2016 placed Trump's support among Cuban Americans at 47%. I have raised questions in the past about Bendixen - Amandi and their shilling for the anti-embargo crowd, but even here looking at a 10 to 12 point shift demonstrates that the before and after on the Trump Cuba policy shift did have an impact.

Even more telling is what the Clinton campaign did after Trump shifted on Cuba policy airing radio advertisements in early October 2016 accusing Mr. Trump of violating the Cuban embargo.  The Trump candidacy should not be simply compared with previous Republican presidential candidates because the others had supported maintaining sanctions on the Castro regime throughout the entire campaign. Another factor was that with the exception of Kerry in 2004 since 1992 the Democratic candidates for president including Obama in 2008 and 2012 have also supported sanctions. However the actions taken by the Obama Administration on Cuba in October of 2016 placed Cuba on the campaign agenda and Trump's change on Cuba policy created a stark contrast with Hillary Clinton that helped him win more Cuban American votes.