Human Rights Day in Cuba 2016: From Bad to Worse


Human rights have been in decline around the world for over a decade and the situation in Cuba, that was already bad, has also worsened. International Human Rights Day presents an opportunity to reflect on what is going on today.

The headquarters of one of Cuba's most important civic nonviolent movements, the Ladies in White is at this hour under surveillance in anticipation that this organization may want to commemorate international human rights day.

In Miami at Our Lady of Charity known by Cuban Americans as La Ermita de la Caridad friends of Father Miguel Angel Loredo, who passed away in 2011, gathered at 10:00am to remember the life and legacy of this former prisoner of conscience and human rights defender concluding with a midday mass. Nearby the Democracy Movement called for the community to gather and join hands in a Human Chain in Memory of the Victims of Castroism today Saturday December 10th at 12 noon on SW 8 St and 15th Avenue.

Unfortunately, the Obama Administration's Cuba policy is having an impact internationally that will negatively impact on human rights in Cuba internally. The latest being the decision of the European Union to "open a new chapter" on relations with Cuba that drops human rights as a condition for normalization and will be the end of a European Common Position adopted in 1996. This arrangement is to be formalized on December 12th.

Meanwhile many remain unjustly imprisoned in Cuba today, but will highlight the following three cases from the past few months: 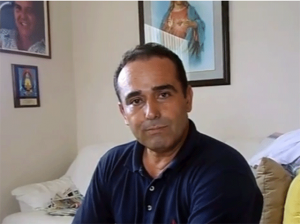 Before Eduardo Cardet Concepción returned to Cuba, the secret police detained his wife and told her that the Christian Liberation Movement spokesman had met the wrong people while traveling abroad and would be arrested and sentenced to 15 years in prison.

Two days after Fidel Castro's death was announced Eduardo Cardet described events as follows: “There are few people in the streets, and lots of police presence. Lots of controls and restrictions. Castro was a man hated and rejected by the Cuban people.”

On November 30, 2016 Eduardo Cardet returned home to Cuba and was brutally beaten and arrested then beaten some more and held incomunicado until December 5th. A criminal case is being fabricated against him in a clumsy attempt by state security to prevent this medical doctor, husband and father of two from being declared a prisoner of conscience. He remains imprisoned today. 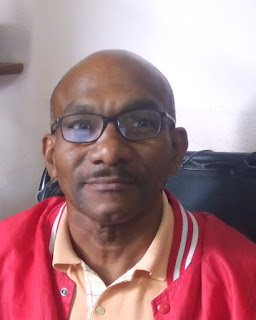 Julio Alfredo Ferrer Tamayo is a human rights activist, attorney and member of the Legal Information Center known as Cubalex. He has been arbitrarily detained since September 23, 2016 for demanding that the authorities respect national legislation and the right to associate of nongovernmental organizations of independent civil society.

This is not his first arbitrary detention. On February 20, 2015 he was jailed and denied his freedom for six months accused of contempt against three judges in a tribunal that dealt with Crimes against State Security. He was released on September 21, 2015 and joined Cubalex becoming an active member.

On September 23, 2016 the secret police (Ministry of the Interior) along with other regime agencies raided the offices of Cubalex seizing internal documents and equipment. Amnesty International pronounced itself on this raid. 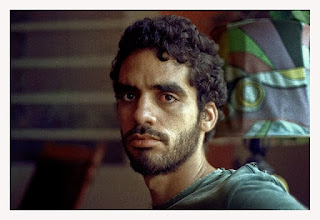 On 4 December Danilo Maldonado Machado (also known as ‘El Sexto’) was transferred to El Vivac prison in the outskirts of Havana, the capital of Cuba. His mother was able to visit him on 5 December and told Amnesty International that he now refuses to eat the food provided by the prison for fear of poisoning, but he ate the food brought to him by his mother. Danilo Maldonado was arrested at his home in Havana the morning of 26 November, hours after the announcement of Fidel Castro’s death. That same day, Cuba-based newspaper 14 y medio reported that he had graffitied the words “He’s gone” (Se fue) on a wall in Havana. Nine days after Danilo Maldonado’s arrest, Cuban authorities have still failed to present official charges under an internationally recognized offence against him. The authorities have not informed his mother or his lawyer of the reasons for this detention, nor a date for his release. His family presented a Habeas Corpus request for the preservation of Danilo Machado’s individual rights before the Provincial Court of Havana (Tribunal Provincial de la Habana) on 5 December seeking his immediate release.


Summary on human rights in Cuba
2016 is proving to be a terrible year for human rights in Cuba with 9,484 politically motivated arbitrary detentions in 2016 as of November 30th and levels of religious freedom violations not seen in over a decade. The death of Fidel Castro coincided with an ongoing rise in repression and intimidation of not only dissidents, but the populace in general.

Cubans are still being brutally assaulted in Cuba, many are imprisoned for their beliefs, and some are dying under suspicious circumstances that point to extrajudicial executions carried out by the Castro regime's secret police. Other Cubans have been shot and killed, had their boats and rafts attacked in order to prevent them leaving Cuba. Even human rights lawyers are under threat. The death and funeral of Fidel Castro highlighted the Stalinist nature of Castroism, but many in the mainstream media did not provide this context in their coverage. Although the island remains a police state under Raul Castro and independent media remains outlawed the bits and pieces of real news that escape the censors reveals a regime that systematically violates human rights. Sadly it is also known that visitors to the island are not exempt from these horrors. Unfortunately, too many in the international community continue to give the Castro regime a pass while ignoring those who deserve to be honored. Meanwhile people of goodwill gather together to remember the victims of Castroism in Cuba and appeal for justice.