100 years ago today a great evil came to power in Russia. 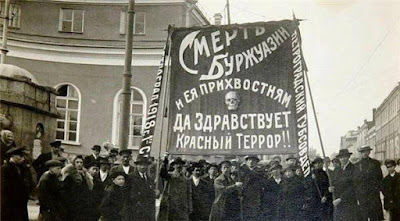 One hundred years ago this week Vladimir Lenin led the Bolsheviks to power in Russia and established the first communist regime, among what would come to be many, that would began a hundred year killing spree that would claim more than 100 million lives. To understand communism in power it is important to revisit Lenin, the head of government of Soviet Russia from 1917 to 1924 and of the Soviet Union from 1922 to 1924 consolidating a one party communist regime that would remain in power for the next 74 years.

Communists consider morality of lesser importance than violence in the service of taking power. Vladimir Lenin on October 2, 1920 in a speech to Russian communist youth explained:  "The class struggle is continuing and it is our task to subordinate all interests to that struggle. Our communist morality is also subordinated to that task. We say: morality is what serves to destroy the old exploiting society and to unite all the working people around the proletariat, which is building up a new, communist society."  Truth has no value if it does not serve the communist agenda. Fidel Castro on March 26, 1964 rejected objective truth stating: "I conceive the truth in terms of a just and noble end, and that is when the truth is truly true. If it does not serve a just, noble and positive end, truth, as an abstract entity, philosophical category, in my opinion, does not exist." 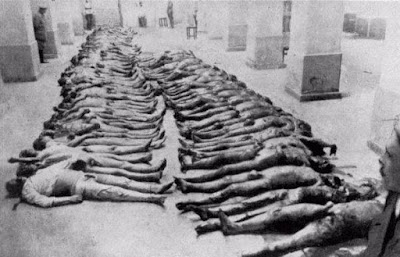 Terrorism for Lenin is a legitimate within class struggle
In January of 1918 at a meeting of the Presidium of the Petrograd Soviet Lenin explained the necessity of terrorism for communist revolutionaries: "We can't expect to get anywhere unless we resort to terrorism: speculators must be shot on the spot.  Vladimir Lenin viewed terrorism in a positive light when integrated into the proletarian class struggle and in the fifth volume of his collected works explained that only a true believer could understand. "Terrorists bow to the spontaneity of the passionate indignation of intellectuals, who lack the ability or opportunity to connect the revolutionary struggle and the working-class movement into an integral whole. It is difficult indeed for those who have lost their belief, or who have never believed, that this is possible, to find some outlet for their indignation and revolutionary energy other than terror."

Karl Marx also embraced the use of terror within a communist context. On May 18, 1849 he wrote "We are ruthless and ask no quarter from you. When our turn comes we shall not disguise our terrorism." In Marx's 1850 address to the Communist league he explained that "[the working class] must act in such a manner that the revolutionary excitement does not collapse immediately after the victory.  On the contrary, they must maintain it as long as possible.  Far from opposing so-called excesses, such as sacrificing to popular revenge of hated individuals or public buildings to which hateful memories are attached, such deeds must not only be tolerated, but their direction must be taken in hand, for examples' sake." This is heavily embedded in communism's ideological DNA. 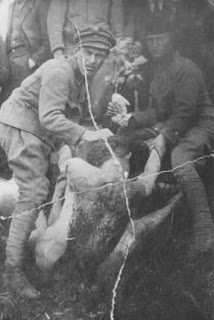 Lenin's regime prioritized power over morality and viewed terrorism as an instrument for achieving power.  This is also reflected in one of his innovations of governance under his regime: the gulag.  In January of 1918 just three months in power to pursue policies to "cleanse" Russia of harmful human parasites.


"There must be worked out and tested thousands  of  forms  and means of practical reckoning by the  communes  themselves, small cells  i n the village  and  the  city.  Variety  is  here a guarantee of  vitality, a guarantee of success and the achievement of   the one common  goal: the cleansing of the Russian and of  all harmful insects, of fleas -- swindlers, of bugs -- the rich, and so on and so forth."

Richard Pipes has written an important paper titled "Lenin's Gulags" that is required reading. Vladimir Lenin started the Gulag system in Russia in 1918 and by the 1920s the number of detainees was over 100,000. The full number is in the tens of millions and may never be known because their was an effort to destroy all evidence of this network of prisons, work camps, and slave labor. The Gulag system is not a mistake but a consequence of the communist system that denies human rights to anyone who is not viewed positively by the regime.

This afternoon I watched the world premiere of "Women of the Gulag" directed by Marianna Yarovskaya at the Landmark E Street Cinema Corner of E and 11th Streets NW in Washington, DC hosted by the Victims of Communism Memorial Foundation and based on the 2013 book Women of the Gulag: Portraits of Five Remarkable Lives by Dr. Paul Gregory. It is a powerful and moving documentary and opens up a little seen chapter of a great historical wrong. Earlier versions of "Women of the Gulag" are available online and are embedded below. 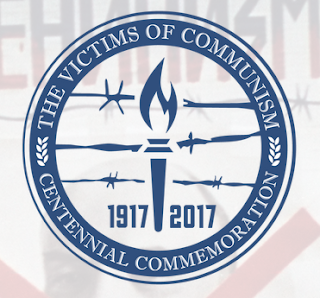