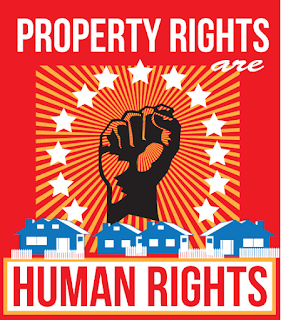 The decision by the Trump Administration to enforce Title III of the LIBERTAD Act, that became effective on May 2, 2019, is good news. This has meant a chance for justice in the courts for property owners who had everything stolen from them by the Castro dictatorship. This is a triumph for human rights, a challenge to the erosion of private property rights, and a right ordering of human rights standards.
Human rights have a conservative pedigree that stretches back to the Middle Ages and to the Catholic Church. The first time in human history that a universal concept of human rights were applied to all living beings on the planet emerged out of a debate concerning the Spanish conquest of the Americas that took place in 1550-51 and is known as the Valladolid debate.
It is important to remember that property rights are human rights. Article 17 of the Universal Declaration of Human Rights states: "(1) Everyone has the right to own property alone as well as in association with others. (2) No one shall be arbitrarily deprived of his property."
Universal human rights, and the rule of law, exist in order to protect those without power from the abuse of those who have it and exercise it with impunity. The importance of the protection of private property rights can be seen in the December 29, 2019 OpED by Mary O'Grady in The Wall Street Journal that provides a historical context that also looks at the present day in Cuba.

Thanks to the Trump administration, Americans whose property in Cuba was expropriated by the military dictatorship of Fidel Castro may finally have their day in court. New Year’s Day marks the 61st anniversary of the fall of Cuban dictator Fulgencio Batista. A week later, on Jan. 8, 1959, Castro triumphantly entered Havana. Many Cubans had risked all to unseat Batista with the goal of restoring constitutional government. But Castro sought absolute power. He refused to hold elections and instead launched a purge. There were firing squads, dungeons and exile. Whole communities of peasants in central Cuba—where resistance to the tyranny was strongest—were displaced and sent to concentration camps on the western end of the island. To lock down power, Castro stripped citizens and foreigners alike of their property. State terrorism explains how the regime has survived.

What began to take place in Cuba in 1959 and over the next six decades, was also predicted on a theoretical basis that same year. The end of private property rights coincided with the systematic violation of all human rights, ending in the Universal Declaration of Human Rights being considered a subversive document by the Castro regime. Murray Rothbard in his 1959 essay "Human Rights are Property Rights" explained how rights would disappear in a society that did not respect private property rights.

Time, and the courts, will tell but the enforcement of Title III of the LIBERTAD Act will empower and provide those who were expropriated with a chance at justice and the restoration of their private property rights. However, if it does work it will be a game changer in Cuba.
This may turn out to be the most important story about Cuba in 2019.
Posted by John Suarez at 11:32 PM