Rejecting the ignoble lie Fidel Castro confessed to on December 2, 1961

“Pravda a láska musí zvítězit nad lží a nenávistí!” (Truth and love must prevail over lies and hatred!) - Václav Havel, 1989 Self-restraint is a condition of freedom and recognizing that there is an objective truth that does not necessarily coincide with your agenda serves as a check on excesses and disastrous errors, but it also limits ones ability to politically reinvent themselves. Communists reject this out of hand believing that with Karl Marx's theory of class struggle that they understand the key to history and are not bound by anything outside of their struggle for power. Fifty eight years ago Fidel Castro revealed that he had spent eight years systematically lying to Cubans.

"If we had paused to tell the people that we were Marxist-Leninists while we were on Pico Turquino and not yet strong, it is possible that we would never have been able to descend to the plains." - Fidel Castro, 12/2/1961 December 2, 1961 https://t.co/TdOXsFKfZt https://t.co/ZvUdppKj8d
— John Suarez ن (@johnjsuarez) December 2, 2019

How to justify such a monstrous lie? Castro on March 26, 1964 rejected objective truth, restating the old underlying  maxim that the "ends justify the means" when he said: "I conceive the truth in terms of a just and noble end, and that is when the truth is truly true. If it does not serve a just, noble and positive end, truth, as an abstract entity, philosophical category, in my opinion, does not exist."

Friends of freedom and good government must reject this approach.

There is another school of thought that embraces the truth as a means in and of itself and embraces the "power of the powerless." This is not the path of the ideas of Machiavelli, Lenin and Hitler.  It is the path of Mohandas Gandhi, Martin Luther King Jr., Vaclav Havel and Oswaldo Payá Sardiñas that say 'means are after all everything'. As the means so the end.” 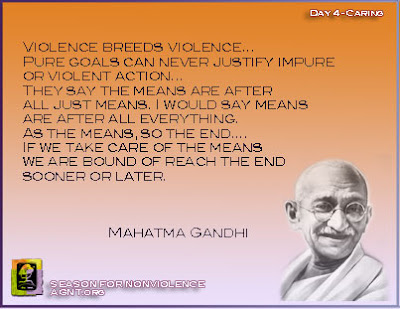