Remembering when the Berlin Wall went up 60 years ago. Castro's visit in 1972 and how the Florida Straits were turned into a watery Berlin Wall

The Berlin Wall and the Florida Straits: Deadly barriers to freedom 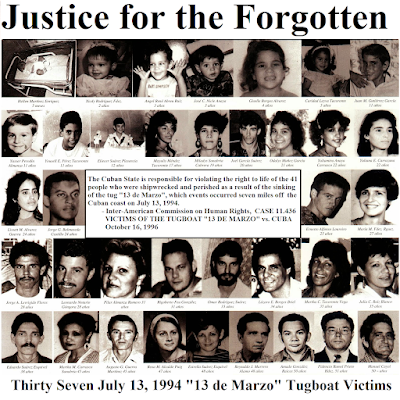 Sixty years ago today, in the early morning hours of August 13, 1961, the Berlin Wall went up and divided the old German capital city in two.  Western manufacturers provided the 150 tons of coiled barb wire to imprison East Germans behind the Berlin Wall for an entire generation. 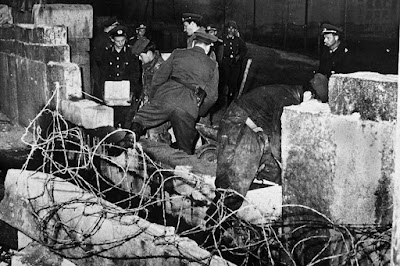 In East Germany there are 136 documented cases of German civilians killed by East German border guards between 1961 and 1989 with their names provided. An estimated 1,000 were killed trying to cross.  The East German government had given a clear Order to Border Guards on October 1, 1973 that left no doubt to their criminal nature:

"It is your duty to use your combat … skills in such a way as to overcome the cunning of the border breacher, to challenge or liquidate him in order to thwart the planned border breach... Don’t hesitate to use your weapon even when border breaches happen with women and children, which traitors have often exploited in the past.”

Fidel Castro visited Berlin in 1972 and addressed the border guards that policed the Berlin Wall to prevent East Germans from escaping to the West.

At Brandenburg gate on June 14, 1972 in the afternoon (pictured above) he addressed the men charged with shooting East Germans fleeing to West Germany as "the courageous and self-denying border guards of the GDR People's Army who stand guard in the front line of the entire-socialist community." Later in the evening Premier Castro addressed the Nikolay Bezarin Barracks in East Berlin:


It is very important to know that the people of the GDR have great confidence in you, that they are truly proud of you. The comrades of the party and the citizens of socialist Berlin have told us with great satisfaction about the activity of the border troops, speaking with great admiration for you and for your services.

The state security apparatus in Cuba was trained by the East German intelligence service, known as the Stasi, the most brutal security apparatus behind the Iron Curtain rivaling the Soviet KGB in brutality and surpassing it in its espionage capabilities.


"The Stasi's first major task abroad was in Cuba, after Fidel Castro and Vice Premier Anastas Mikoyan signed the Soviet-Cuban pact on February 13, 1960, officially placing Cuba in the Soviet bloc. As Soviet arms shipments began, Mielke sent a number of Stasi officers of General Wolf's HVA to Havana. Led by Colonel Siegfried Fiedler, they assisted in setting up what became a first-rate intelligence service and an oppressive secret police. As a result Cuba's relations with East Germany developed as closely as those with the Soviet Union. Intelligence gathered in the United States by the Cubans was routinely shared with the Stasi. Much of the information contained in the dossier the Stasi maintained on President Ronald Reagan, for example, originated with the Cubans."

The Stasi enforced control at the Berlin Wall, and the Cubans who were trained by them, applied these skills in the Florida Straits and on the border with the Guantanamo Naval base killing many Cubans.

The actions of Cuban border patrols on July 13, 1994, and instances such as the June 1993 use of machine gun fire and hand grenades on defenseless swimmers trying to reach the U.S. Guantanamo Naval base are not aberrations.

These were not isolated incidents, talking to Cubans randomly in Miami one hears accounts of others who died in the same manner trying to flee the island over the past six decades. It just happened to be one of the few times when it was properly documented and an official complaint lodged.

The men responsible for the July 13, 1994 tugboat massacre where given medals and described as heroes by Fidel Castro. This should not be a surprise when considering that he had praised the East German border guards that carried out orders to kill men, women, and children whose sole “crime” was trying to reach freedom on the other side of the Berlin Wall.

Killings at the Berlin Wall continued until it was torn down in 1989. One of the last victims, Chris Gueffroy was born on June 21, 1968 and shot dead on February 5, 1989 trying to cross the Berlin Wall. Murdered at 20 years of age for the crime of wanting to live in freedom.

The killings in Cuba continue to the present day, and like in East Germany, to end the homicides will require a change of system.