Moral compromises: Cuban national Anamely Ramos again denied the right to return to her homeland by the Castro regime and American Airlines.

"Even a purely moral act that has no hope of any immediate and visible political effect can gradually and indirectly, over time, gain in political significance." - Václav Havel, Letter to the overthrown Czechoslovak Communist Party chairman Alexander Dubček (August 1969)

Earlier this morning, Anamely Ramos González tried to board a return flight to Cuba, but was told she could not return home.

This time she received a document from American Airlines that it was the Cuban government that had blocked her from returning.

Eleven days earlier it happened to her for the first time.

On February 16, 2022, Anamely Ramos González, with her documents in order and plane ticket in hand, was told by a representative of American Airlines she could not board the flight home on instructions from the Cuban government.

Anamely Ramos is an artist and nonviolent Cuban dissident who resides in Cuba.

She traveled abroad in January 2021 to pursue a Ph.D. in Anthropology at the Universidad Iberoamericana de México. 13 months later, in February 2022 she was twice denied entry into Cuba by American Airlines personnel on the instructions of Cuban government officials.

"'Right now I have no country, nowhere to return to, no residence in any other country in the world, no visa to anywhere and here I am,' said [ Anamely Ramos González ] in an interview with the Miami Herald outside Versailles restaurant in Little Havana," reported Nora Gámez Torres after she was turned away on February 16th. 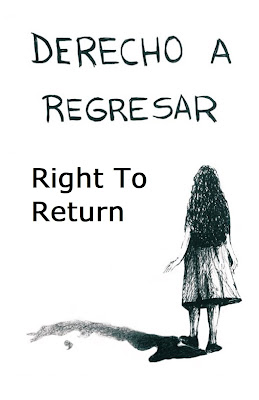 These were not the first two incidents of a Cuban national being arbitrarily denied the right to return home by the Castro dictatorship.

Estimates range between 70,000 to 300,000 Cubans banned by the Cuban government from returning to their homeland reported The Miami Herald on August 15, 2011 in the article titled "Many Cuban expatriates can't go home again". Despite claims made by both Havana and Washington in 2013 that the Cuban government had liberalized travel to the island, the cases of cruel family separations remain a constant.

223 Cubans have been identified that have been either denied the right to leave or enter Cuba. There are many more, but many are afraid to defy the dictatorship and have their families in the island suffer further reprisals by going public.

This policy of the Castro regime to divide families has a long history, and an ideological foundation. Carlos Eire, a professor at Yale University, a Cuban exile, and former Pedro Pan child in Babalu Blog on January 2, 2020 wrote how he "once had the opportunity of asking one of Fidel’s closest associates, Carlos Franqui, why the top brass of the Castro regime intentionally prevented thousands of Cuban parents from reuniting with their Pedro Pan children in the U.S.. Franqui, who served as a propaganda minister to Fidel before being purged, responded to my question with a huge smile on his face: 'We did it because anything that would destroy the bourgeois family was good for us.'"

These are violations of two fundamental human rights.

Article 12 of the Universal Declaration of Human Rights states:

"No one shall be subjected to arbitrary interference with his privacy, family, home or correspondence, nor to attacks upon his honour and reputation. Everyone has the right to the protection of the law against such interference or attacks."

Article 13 of the Universal Declaration of Human Rights states:

Havana has systematically violated these universal human rights over 60 years. Until 2013, Cubans who stayed abroad over 11 months lost their right to return.

In 2013 Cuban law increased the amount of time Cubans could spend overseas without losing their residency rights from 11 months to two years, but in the case of Anamely Ramos she is being denied her right to return. She has been out of the country for 13 months.

Denying Anamely Ramos her right to return to her home and be reunited with her family is not only a violation of Articles 12 and 13 of the Universal Declaration of Human Rights, but violates existing Cuban law, demonstrating the tyrannical nature of the Cuban government, and the decades long internal blockade erected against Cubans by the Castro regime.

Until recently, Cubans would fly to Cuba, and be turned around at customs. Now, American Airlines is carrying out the instruction of the Cuban government barring Cuban nationals from boarding their flights home.

But the dictatorship is not a reliable partner.

On February16th American Airlines did not provide any documentation indicating why Anamely could not travel, but a verbally told her the Cuban government had denied her right to return.

Two days later on social media Prisoners Defenders released an excerpt from a Cuban government television program called "Al Filo" [ To the point] in which the spokeswoman said it was not Cuba but American Airlines that had barred Anamely from flying.

We (Cuba) know so far the same as she and the journalists, who were apparently waiting for her behind the check in table: that the airline does not allow her to travel because they allege that Cuba prohibits her entry. Just that, without further details. And although until now the most direct and objective refusal was not given by us, the media have a culprit, of course, because as always "Miami confirms it."

This placed American Airlines in the hot seat. Their "partner government" had thrown them under the bus and claimed it was the U.S. company denying Anamely Ramos the right to travel. They have been a lot of bad press with headlines such as "American Airlines Caves to Authoritarian Communist Regime."

There is a petition underway calling American Airlines to account for this new relationship with the Cuban dictatorship, and its complicity in denying her human right to return home to her country that is found under Article 13 of the Universal Declaration of Human Rights, and calls them out for violating the UN Global Compact on Human Rights, Labor, Environment, and Anti-corruption.

"According to your letter to the United Nations Secretary General, H.E. Antonio Guterres, dated February 15th, 2021, American Airlines adhered to the 10 Principles of the UN Global Compact on human rights, labor, environment and anti-corruption." ...

"By not allowing Ms. Ramos González to go back to her country of residence, your company’s officers violated article 13 of the Universal Declaration of Human Rights, basically the right to freedom of movement. This rights is included in Principle 1 of the Global Compact stating: 'Businesses should support and respect the protection of internationally proclaimed human rights.'"

"At the same time, by following a protocol and orders by the migratory authorities of the totalitarian government of Cuba with no legal standing, you have violated Principle 2 of the Global Compact that states: 'Business should make sure that they are not complicit in human rights abuses.'"

The world is witnessing now the havoc that normalized relations that economically empowered totalitarian dictatorships ( Communist China's role in covering up and contributing to a world wide pandemic), and authoritarian dictatorships (Vladimir Putin invading Ukraine and threatening nuclear war) is threatening tens of millions of lives, but it all began with small moral compromises out of the mistaken belief that the ends justify the means.

The trouble with morally compromising with these regimes is that there is no bottom. Below is a Tweet by a Cuban government agent of influence that has images that border on racism. 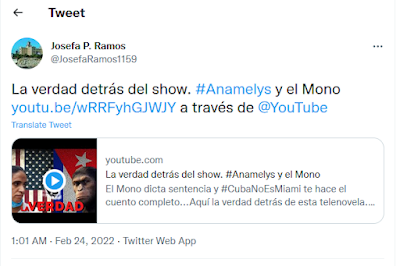 Czech dissident, playwright, and president Václav Havel believed that moral actions, no matter how small or futile they may appear at the time can have profound consequences for both freedom and a just society. It is because the world is not a puzzle to be solved but incredibly much more complex that decisions of right and wrong made by each person have such great importance.

The New York Times in their October 13, 2009 issue in an article titled Vaclav Havel, Still a Man of Morals and Mischief: reported that in an interview that was supposed to be about the revolutions that overturned communism 20 years earlier that President Havel raised the question asking if it was true that President Obama had refused to meet the Dalai Lama? Havel replied:

“It is only a minor compromise,” Mr. Havel said of the nonreception of the Tibetan leader. “But exactly with these minor compromises start the big and dangerous ones, the real problems. “This is actually the first time I really do mind something Obama did,” Mr. Havel said. He minded it “much more” than Mr. Obama’s recent decision not to station elements of a missile-defense system in the Czech Republic, a move that several Central European politicians criticized but that Mr. Havel noted was ultimately “an internal American decision.”

These compromises were also seen with regard to normalizing relations with Cuba. 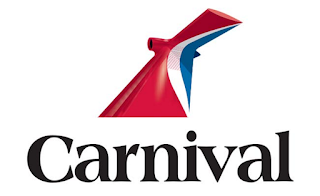 Carnival Cruise Line signed an agreement with Castro regime officials on March 21, 2016 to sail to Cuba from the United States. In order to conduct their core mission Carnival had to agree to enforce the Castro dictatorship's policy that bans all Cubans from traveling into the island by water. It did not matter if Cubans born on the island were now citizens of another country.  ( Obama's Treasury Department on July 7, 2015 had signed off on the Carnival Cruise Line - Castro regime alliance ignoring that an entire class of Americans would be discriminated against based on their national origin.). 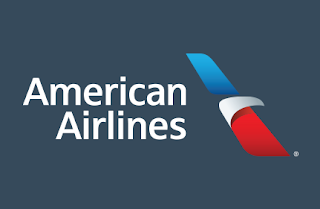 Today, American Airlines provided a Cuban government document identifying the Cuban official, representing the dictatorship in writing that Anamely Ramos would not be allowed to enter Cuba. The document is titled, "Notification to airlines of inadmissible passengers in national territory" and is signed by Lieutenant Colonel Néstor Morera.

Sadly, to obtain this information required eleven days of protests, and demands of transparency combined with the Castro regime denying the verbal statement made by American Airlines, and placing all the blame on the American carrier.

Below was a live video program Anamely held on Facebook after she left the airport today and returned to the outskirts of Versailles, and further down is an excerpt from a statement she released today exposing the moral compromise made by American Airlines with Havana.

"Today I tried again to board an AA [American Airlines] flight to my country.

Cuba reissued a notification informing the airline that I am not admitted within the national territory and that, therefore, they "recommend" AA not to board me.

I want to be explicit with this: the decision not to admit is from the Cuban State, the decision to abide by that decision and not let me get on the plane is from American Airlines. They are two different responsibilities and it is Cuba who is most interested in making them one, so as not to have to make an official pronouncement. They act with AA as they do with people who are going to do an act of repudiation of an opponent.

It is not the State Security agents who shout and appear on camera, they are the ones who softly tell people "from the town" to shout and not let other citizens out. The notification received by AA, and which was delivered to me today, is signed by a Lieutenant Colonel, a more than clear sign of who is behind a flagrant violation of human rights.

It was very convenient for Cuba that this whole operation was kept in the shadows. The agreement or protocol that AA cites all the time as the norm that they cannot violate is not public.

Maybe it doesn't even exist in writing. Maybe it's just an oral agreement. An agreement that collides with the Global Pact that AA signed in 2021 and that speaks of respect for human rights (in this case the right to return) of people - clients."