"Man's triumph will consist in substituting the struggle for existence by a struggle for mutual service." - Mohandas Gandhi

"Even a purely moral act that has no hope of any immediate and visible political effect can gradually and indirectly, over time, gain in political significance." - Vaclav Havel

Uncommon Sense and Palabra report on the blogburst between December 5th through International Human Rights Day. Uncommon Sense issues a call to action: 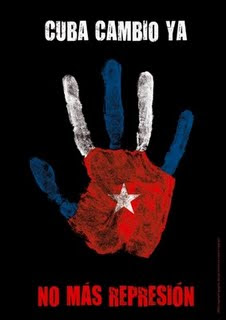 [S] hare a demand that the human rights of Cubans be respected, and that Cuba be free. Our message: 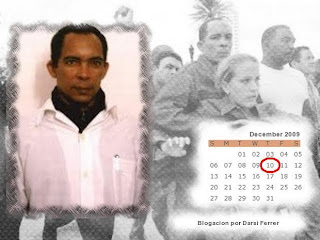 Palabra reports on a blog action for Darsi Ferrer, a Catholic human rights activist in Cuba, imprisoned since July 21, 2009 without trial.

Since 2006, Dr. Foster, with his wife and a group of activists have celebrated International Human Rights Day on December 10 carrying out a peaceful demonstration at 11:00 am at the park Villalón, in Calzada, D and E in Vedado. These protests have been broken up by pro-government mobs shouting, shoving protesters and sometimes dragging them through the street.

From his cell at Valle Grande prison Dr. Ferrer has called for all Cubans and foreigners in Cuba to celebrate the day of the Universal Declaration of Human Rights by marching peacefully on December 10, 2009 in the same place he has done and has been brutally assaulted for his defense in his claim worthy of respect for the human person.

The plea is simple: Change in Cuba an end to repression.
For them, for all human rights in Cuba