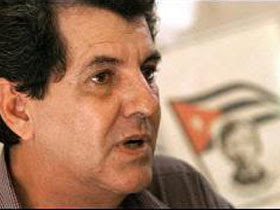 "Orlando Zapata Tamayo, dear brother, we will continue the fight, without hatred, but determined that until is free and Cubans are no longer suffering this shameful humiliation that is to live subdued by fear to a lie." - Oswaldo Payá 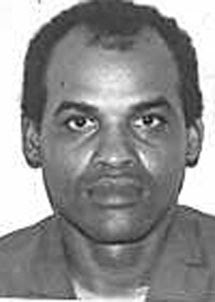 Orlando Zapata Tamayo, died on this afternoon, February 23, 2010, after suffering many indignities, racist slights, beatings and abuse by prison guards and State Security. Zapata was killed slowly over many days and many months in every prison in which he was confined.

This latest hunger strike Zapata began in the Dantesque Kilo 8 prison in Camagüey arrived at the prison in 2009 from Holguín Provincial Prison where on the previous day he was savage beatings by the guards. Because of many previous beatings and inhuman treatments, Zapata's health was deteriorating.

With his hunger strike, now more than 75 days, Zapata claimed a more dignified and more humane treatment for all prisoners. The response of the Government of Cuba, as always, was arrogance and contempt, the fatal conceit that it is also criminal.

We have not sought martyrs because we do not use the death of others, but Zapata, a simple man of the people, already a hero in life, he gave of himself up to giving his life for the freedom, rights and dignity of all Cubans .

We denounce the Cuban government for being responsible for his unjust and arbitrary imprisonment and for being complicit in the many abuses and outrages against Zapata.

We denounce his torturers, jailers and the agents of all repressive bodies that sadistically executed this slow but equally criminal action.

We denounce the courts that had the immorality to condemn him and never defend him as a human being while suffering, like many prisoners, a regime of psychological and physical torture.

We denounce all who are 'protagonists' in the official media and informally and their followers in the world of culture, with their repugnant lies and justifying silences, encourage and enable these crimes and greater crime suffered by the Cuban people.

We denounce all those governments and states in this continent and in the world together with the many institutions and persons that prefer a harmonious relationship with lies and oppression than to open solidarity with the Cuban people. All are complicit with what is happening and what will happen.

We denounce all those inside and outside for cowardice, selfishness and other miseries, that do not have the decency to support those who struggle, suffer and die to defend the rights and dignity of all. All of them also killed Zapata.

May the Lord receive you brother with the crown of the martyrs, because you gave your life for the love of your neighbor. May God comfort your mother, Reina Tamayo, who with such courage and stoicism has been with you through all this suffering.

Orlando Zapata Tamayo, dear brother, we will continue the fight, without hatred, but determined that until is free and Cubans are no longer suffering this shameful humiliation that is to live subdued by fear to a lie.

Orlando Zapata Tamayo, dear brother, we pray to God for your soul. And you who are already march through the kingdom of love with the torch of heroes and the palm of martyrdom, ask God so your people, for which you gave your life, awaken and reach without violence or hatred, but without fear, freedom and peace.

The original essay in Spanish is available at Oswaldo Paya's official website. This is an unauthorized translation