The difference between a prisoner of conscience and a political prisoner

We have set up an office in London to collect information about the names, numbers, and conditions of what we have decided to call "Prisoners of Conscience;" and we define them thus: "Any person who is physically restrained (by imprisonment or otherwise) from expressing (in any form of words or symbols) any opinion which he honestly holds and which does not advocate or condone personal violence." We also exclude those people who have conspired with a foreign government to overthrow their own. – Peter Benenson, Appeal for Amnesty, 1961 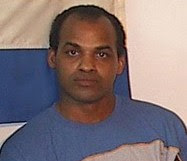 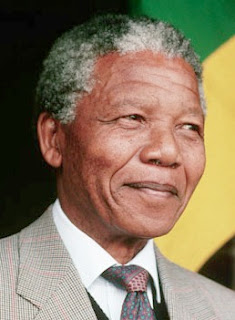 Prisoner of conscience Orlando Zapata Tamayo on the left and political prisoner Nelson Mandela on the right. How are they different?

The headline on the Associated Press article published in The Post reads “Number of political prisoners in still murky.” There are two reasons for this. First the Cuban government has not allowed independent international human rights and humanitarian organizations access to ’s prisons since 1990 that includes the International Committee of the Red Cross. The second reason is that there is confusion between the terms “prisoner of conscience” and political prisoner which are often used interchangeably by the press and the public but are not the same.

There are two examples of American political prisoners that are often called prisoners of conscience but considering Amnesty International's definition of the term are the opposite of that: Mumia Abul Jamal and Assata Shakur. Both were members of the Black Panther Party which as a Maoist revolutionary movement advocated carrying rifles and shotguns in public demonstrations, and whose members on numerous occasions engaged in shoot outs with the police. Both Mumia Abul Jamal and Assata Shakur were arrested, tried, and convicted for murder for the shooting deaths of police officers: Daniel Faulkner and Werner Foerster respectively. Assata Shakur escaped to Cuba in 1979 and is still exiled their a fugitive from justice, but on her website continues to advocate revolutionary violence. She has reproduced on her website the Mini-Manual of the Urban Guerilla by Carlos Marighella which has a chapter on terrorism and in its 1969 introduction states:

The accusation of "violence" or "terrorism" no longer has the negative meaning it used to have. It has acquired new clothing; a new color. It does not divide, it does not discredit; on the contrary, it represents a center of attraction. Today, to be "violent" or a "terrorist" is a quality that ennobles any honorable person, because it is an act worthy of a revolutionary engaged in armed struggle against the shameful military dictatorship and its atrocities.

The Cuban dictatorship published copies of the Mini-Manual in numerous languages and distributed copies worldwide in an effort to encourage urban guerrilla action and terrorism. Thats not to say that there have never been prisoners of conscience in the United States. For example during Woodrow Wilson's presidency and especially during WWI one finds that freedom of speech and association were under assault and numerous Americans were arrested for exercising their basic rights. Today, Travis Bishop, a sergeant in the US army and a conscientious objector is serving a one year prison sentence for refusing to deploy to Afghanistan because of his religious beliefs. Travis is recognized by Amnesty International as a prisoner of conscience in the United States along with Victor Agosto who is now free but served 30-day sentence in August of 2009.

Amnesty International adopted Nelson Mandela as a "forgotten prisoner" following his arrest and conviction in 1962 for alleged passport violations. In 1964 he spoke in his own defense at the famous Rivonia Trial and explained why he had chosen to organize an underground army (MK) and plan a campaign of violence directed towards the end of overthrowing the apartheid regime. Mandela's open avowal of chosing to use violence to further political ends caused a split within the ranks of Amnesty International, which at the time was very much smaller than it is now. One group advocated continuing to work unconditionally for Mandela's release, while the other urged that AI should adhere to its own principle and restrict it's efforts for unconditional release only to those political prisoners which they termed "prisoners of conscience" -- those who had neither used nor advocated violence. This would exclude Mandela from POC status, but would enable AI to continue to work on his behalf in terms of fair trial, and against the possibility of the death penalty.

This issue was debated at length at the 1964 congress in Canterbury England, and it was decided there in favor of the second position -- that is, not to make an exception for Mr Mandela. I would recommend that readers interested in the details and in the early history of Amnesty International should get ahold of a copy of Egon Larsen's --A Flame in Barbed Wire -- (New York: W.W. Norton, 1979). By the way, Amnesty International takes no official position on the justification of the use of violence. It only makes a distinction between those political prisoners who do and do not use or advocate its use as concerns its internal program of action on their behalfs.

President Mandela has long since acknowledged that Amnesty made its decision in good faith, and has thanked the organization for its work on behalf of thousands of other South African prisoners and detainees.

Amnesty has identified Cuban prisoners of conscience and repeatedly called for their release. Many of them arrested in the Cuban Black Spring of 2003 are now being forced into exile. The Cuban Spring documentary (available above) interviewed many of them prior to their 2003 imprisonment and their family members afterwards.

Today, Cuba's Doctor Oscar Elias Biscet and Burma's Aung San Suu Kyi are two high profile examples of prisoners of conscience. Another, also from Cuba like Dr. Biscet, was Orlando Zapata Tamayo who died on February 23, 2010 on a water only hunger strike. Efforts by the dictatorship to rewrite his prison record following his death to present him as a common criminal failed because the charges and convictions were already public record. Amnesty had published years earlier the circumstances surrounding previous arrests and the final arrest that placed Orlando Zapata Tamayo in prison until his untimely death:

Organizing teach-ins, engaging in a sit-in and taking part in a hunger strike demanding that your friends still imprisoned from the sit-in be released can send you to a maximum security prison in Cuba and lead you to be recognized as an Amnesty International prisoner of conscience. This was the case with Orlando Zapata Tamayo, who unlike Nelson Mandela neither participated in or personally advocated violence.

Now governments delight in declaring dissidents traitors and mercenaries in pay to foreign governments and interests, but there are international standards that indicate what a legitimate claim of treason is and what is illegitimate.

A 1995 international conference in , , drafted a set of principles that provide guidance regarding permissible justifications for restricting rights known today as the Johannesburg Principles on National Security, Freedom of Expression and Access to Information. These principles invoke legitimate reasons to invoke national security interests which are: "protecting a country's existence or its territorial integrity against the use or threat of force, or its capacity to respond to the threat or use of force, whether from an external source, such as a military threat, or an internal source, such as incitement to violent overthrow of the government."

The Johannesburg Principles also outline illegitimate justifications for invoking national security interests which are: "protecting the government from embarrassment or exposure of wrongdoing, or to entrench a particular ideology, or to conceal information about the functioning of its public institutions, or to suppress industrial action."

Finally the Johannesburg Principles specify that certain types of expression should always be protected, including criticizing or insulting the government and its symbols; advocating nonviolent change of the government or policies of the government; and communicating human rights information to the outside world. Human Rights Watch in their 1999 report Cuba's Repressive Machinery and in their 2009 report New Castro, Same Cuba find that Cuba's state security laws violate these principles, illegitimately restricting fundamental rights both in the phrasing of the laws themselves and in their application against nonviolent dissidents.

The Cuban government's attack on foreign funding by either government or non-governmental funding of domestic nongovernmental organizations (NGOs) is not unique the Russians and Venezuelans are passing or trying to pass laws to cut off outside funding streams to civil society. While in the Cuban case dissenting from the official government line means in most cases losing your job and in some cases also being kicked out of your home it is easy to see that the policy is to only permit the existence of pro-government voices.

The debate on the objectivity of NGOs receiving foreign government money in a democratic context such as Israel where Canadian government funds are supporting Palestinian non governmental organizations is to have an open and frank dialogue between NGOs not to lock up Palestinians for receiving money from . Another example, similar to , is Burma where the opposition faces brutal repression and the cutting off of domestic resources and thus needs to look for support from abroad.

Regimes, like the ones in , are desperate to suffocate all voices of dissent by demonizing, imprisoning, exiling, or killing them. Amnesty International's identification of prisoners of conscience is an important indicator of the presence or absence of basic freedoms in a country. The Johannesburg Principles exposes regimes, that hide behind the national security facade to impose a climate of fear, for what they are brutal dictatorships that systematically violate the human rights of their own citizens.

There is a big chasm between an individual advocating the violent overthrow of a government and using the force of arms to lash out against representatives of those in power and individuals exercising their fundamental human rights to achieve nonviolent change. The first is a political prisoner and the second is a prisoner of conscience. The question now is will you join with the regime in a complicity of silence or speak out on behalf of those trying to improve human rights standards through non-violent means and make some noise?