Short trousers to honor the memory of Václav Havel

Václav Havel died a year ago yesterday, and it is a fitting tribute to this profoundly decent man that his admirers honor him in a way that also recalls not only his sense of humor but also the importance he placed on humor in the defense of a free society. Candles arranged as hearts have been positioned near places he used to frequent, moments of silence held and in Brussels a large neon heart is on display in his honor, but back home Czechs have also launched a campaign to remember this great man in a way that he would have appreciated. 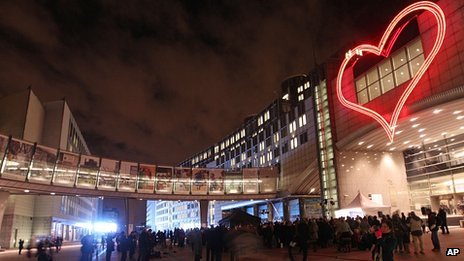 When he received the Open Society Prize on June 24, 1999, Havel made the following observation about the importance of a sense of humor:


"There are no exact guidelines. There are probably no guidelines at all. The only thing I can recommend at this stage is a sense of humor, an ability to see things in their ridiculous and absurd dimensions, to laugh at others and at ourselves, a sense of irony regarding everything that calls out for parody in this world. In other words, I can only recommend perspective and distance. Awareness of all the most dangerous kinds of vanity, both in others and in ourselves. A good mind. A modest certainty about the meaning of things. Gratitude for the gift of life and the courage to take responsibility for it. Vigilance of spirit. Those who have not lost the ability to recognize that which is laughable in themselves, or their own nothingness, are not arrogant, nor are they enemies of an Open Society. Its enemy is a person with a fiercely serious countenance and burning eyes. "

An example of this ability to make fun of himself, while at the same time making a serious point was a story Havel told about how he was systematically followed by the secret police in the video below taken from a documentary.

On one occasion when he was going to a sauna, the two state security officials were a bit on the elderly side and asked Havel to wait because they were afraid to follow him into the sauna with their bad hearts. So, Václav Havel waited until "a pair of athletes showed up."

The organizers of the campaign explain the logic behind their "short trousers"campaign:


We were looking for a way to honour the memory of Václav Havel, in a way that would be distinctive, memorable and simple so that it can be followed by the largest number of well-wishers. We were inspired by “Towel Day” in honour of Douglas Adams. Each year, the memory of the late author is honoured by thousands of people around the world when they carry a towel, a symbol of his most famous book, The Hitchhiker’s Guide to the Galaxy. We were therefore looking for similarly distinctive gesture to honour Václav Havel’s legacy. We were inspired by an episode from the beginning his presidency, when he appeared in public several times wearing noticeably short trousers. Havel was often interviewed about it and he regarded the episode as quite humorous.

We believe that we have found a gesture that can be followed by everyone. A gesture that is humorous, non-violent but significant and perhaps even very Czech like. It can be easily explained, you can support the initiative at any time throughout the day, and if you are reminded by someone else wearing rolled up trouser legs.

Therefore the campaign "Short trousers for Václav Havel" was a great way to honor this man's life and to do so with humor on the one year anniversary of his passing. Hopefully, this will be the beginning of an annual tradition to remember this great son of the Czech Republic. The Facebook page already has over 5,000 followers.