“It may well be that we will have to repent in this generation. Not merely for the vitriolic words and the violent actions of the bad people, but for the appalling silence and indifference of the good people..." - Rev. Martin Luther King Jr. 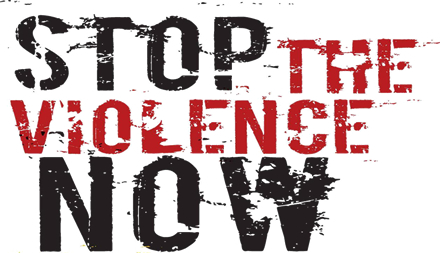 On Sunday, July 21, 2013 they were both brutally beaten by agents of the Cuban government for their dissent and suffered lasting physical damage. It takes time to get images out of Cuba, but unlike years past now it can be accomplished in hours and days instead of months and years.

Over twitter the images were posted today by her daughter Sayli Navarro who tweets: "my mom Sonia Álvarez Campillo, shows x-rays and fractured arm by repressors on Sunday" and independent journalist Ivan Hernandez Carrillo tweeted: "This is Lady in White Sonia Álvarez Campillo after first act of repudiation against Ladies in White."

For example on the same day a young rapper was brutally attacked and Pedazos de la Isla broke the story and information and images are excerpted below.

Rodolfo Ramirez, known by his rapping name as El Primario, member of the hip-hop duo El Primario y Julito, was the victim of a brutal beating which left him with memory loss and serious injuries on his head. The attack occurred on Sunday, July 21st, at the Malecon (Sea wall) of Havana.

Julio Leon Fonseca “Julito”, offered declarations to ‘Radio Republica’ in regards to the situation, explaining that the repression was part of a series of hostile actions against both rappers that week. Fonseca had been verbally threatened in his neighborhood of Boyeros, in Havana, by a person at the service of State Security on July 16th. But the presence of various friends that came out in his defense forced the agent to flee.

El Primario was sitting along the Malecon of Havana with his girlfriend on Sunday morning.


“His girlfriend says that when they were sitting there he told her that there were two men following them and they looked like State Security. He told her they should leave that place“, explains Julito in the audio, “but in a little while, when Rodolfo and his girlfriend were leaving, they saw the two men again. One of them starts being rude to his girlfriend and El Primario responds, saying that its disrespectful. Quickly, one of the men throws Rodolfo to the floor and they both begin to kick him repeatedly in the head“.


“It’s a very difficult case”, expresses Julito, “Because El Primario is suffering from memory loss, he is repeating things and his face is completely disfigured“.
Fonseca says that both attacks – verbal and physical – occurred the same week, and when the police arrived on the scene, they did not handcuff the attackers.


“I have more details about this case. I was able to sneak in through the backdoor of the police unit because they left it open. I could perfectly see Rodolfo. He was in a jail cell with both aggressors. He couldn’t even remember that they were the ones who attacked him. His girlfriend was the one who identified them“, recounts the activist, “both men were very confident and trusting with the political police agents. And it’s obvious that both of them had been trained with the way they beat Rodolfo. In addition, the family of one of them was there in the unit, chatting with the police with much confidence“.
“We do not think this is something casual, that in the same week both members of El Primario y Julito were assaulted. We hold the regime responsible for what has happened“.

The body count in Cuba continues to rise, yesterday was the one year anniversary of the suspicious deaths of Oswaldo Payá Sardiñas and Harold Cepero Escalante. Some members of the Christian Liberation Movement were also subjected to acts of repudiation as they tried to honor their memory. People of good will need to focus on what is happening in Cuba. People are being brutalized and some are being killed by a dictatorship now in its 54th year.
Posted by John Suarez at 11:00 PM