“The misconception of totalitarianism is that freedom can be imprisoned. This is not the case. When you constrain freedom, freedom will take flight and land on a windowsill.”
— Ai Weiwei

Chinese artist and dissident Ai Weiwei has a new exhibit titled @LARGE: Ai Weiwei on Alcatraz  that opened on September 27, 2014 and will be on view through April 26, 2015 at the old Alcatraz prison.

Trace, one of seven installations by the artist features 176 portraits, all built using Lego bricks. Each portrait “represents an individual who has been imprisoned or exiled because of his or her beliefs, actions, or affiliations." Ai Weiwei has called them “heroes of our time.” One of them is Cuban prisoner of conscience Iván Fernández Depestre.

Take a look inside "@Large: Ai Weiwei on Alcatraz” in the video below and hear from the people behind this unprecedented exhibition exploring human rights and freedom of expression.


Often times victims of repression are made to feel alone and isolated by the regime oppressing them but with this exhibition Ai Weiwei highlights many who are still jailed. Among them a Cuban prisoner of conscience. 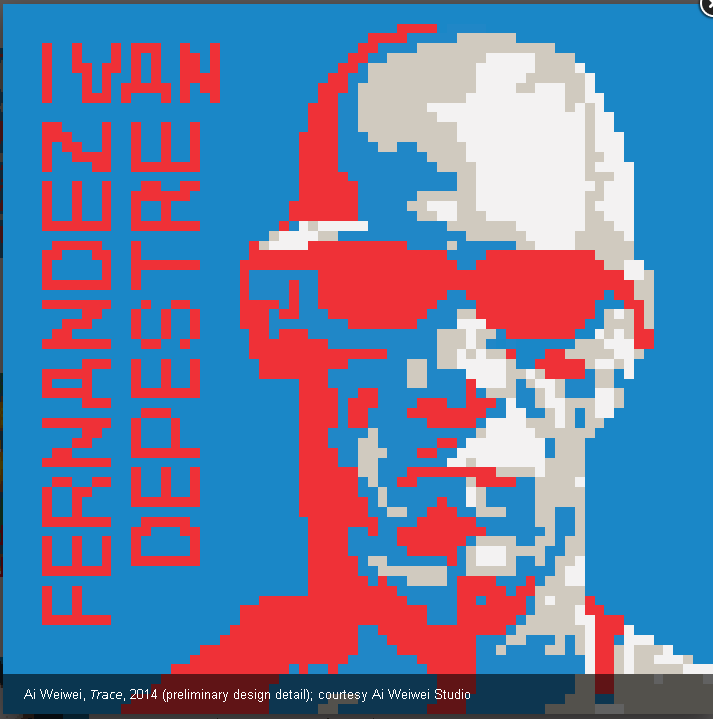