Miami with Mexico: In solidarity with the 43 missing students in Ayotzinapa

“Just as many showed their solidarity with us when we were striving for freedom, so now we must show solidarity to those who are only striving for it in uneasy conditions.” - Vaclav Havel

Over the past few weeks have been following the terrible news concerning 43 students who went missing on September 26, 2014 in Ayotzinapa in the state of Guerrero in Mexico and are now feared dead.  This crime hits close to home for Cubans especially in 2014 which is the 20th anniversary of the "13 de Marzo"tugboat massacre were 37 were killed, who in their majority were youth. At the same time having already witnessed the spectacle of the government of Venezuela's involvement in the killing of their youth engaged in nonviolent protests makes this year a particularly difficult one.

Today joined with others at the Mexican Consulate in Miami to demand truth and justice for the 43 students missing in Ayotzinapa and over the social networks helped to spread the word in what was a global action. Times like these we need to get out from behind our computers and stand together in the solidarity of the shaken. 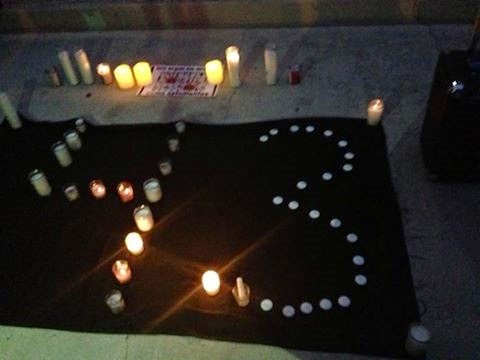