Post borrows from a blogpost from the Free Cuba Foundation posted yesterday and adds on to it.

Despite what the Obama Administration and mainstream media would have you believe the United States and the Castro regime have had extensive diplomatic contacts since 1977, military contacts since 1994, and trade since 2000. This is why when Obama pledged on December 17, 2014 the objective of normalizing diplomatic relations the Castro regime was able to raise numerous demands that the United States has complied with that undermine U.S. security and credibility. Below are five reasons why the normalization of relations with the Castro regime is unfolding into another Obama foreign policy failure:

1. Releasing Castro spies on December 17, 2014 serving life prison sentences, including one of them imprisoned for conspiracy to murder three U.S. citizens and one resident. 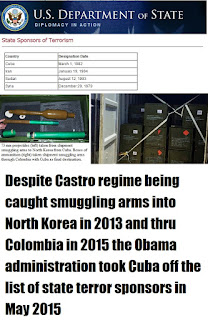 2. Despite plenty of evidence to the contrary removing the Castro regime from the list of state sponsors of terrorism on May 29, 2015. 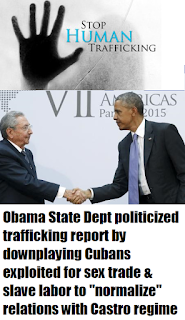 3. On July 27, 2015 watered down the State Department's human trafficking report for political aims including ignoring the severity of sex trafficking in Cuba and the use of slave labor. 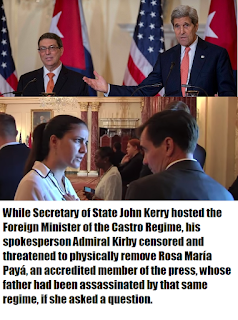 4. Secretary of State John Kerry hosted a press conference with the Foreign Minister of the Castro regime on July 20, 2015 and had the daughter of a martyred dissident threatened and silenced. The State Department's spokesperson Admiral John Kirby took Rosa María Payá, an accredited member of the press, aside and told her if she asked a question that she would be physically removed.Oswaldo Payá Sardiñas, her dad, was assassinated by the Castro regime on July 22, 2012. 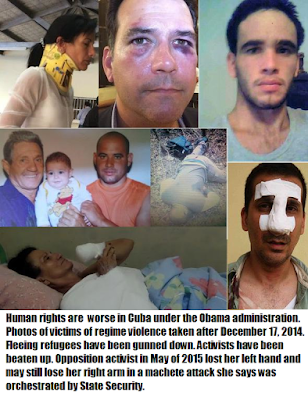 5. As President Obama and the State Department normalize relations with the Castro regime violence and repression against dissidents and refugees has risen in Cuba.

Secretary of State John Kerry will be in Havana, Cuba to raise the flag at the US Embassy on Friday, August 14, 2015 and that would be the perfect day to remind the world the price paid in compromising not only the national security of the United States (freeing terrorist spies and letting ones guard down as to the terrorist threat posed by the dictatorship) but also undermining the credibility of the State Department's report on human trafficking and respect for human rights. Above are images that you can click on and share with others on social media or print them out to use in public protests to hold the administration accountable for another foreign policy failure while recognizing that there is a nonviolent alternative.
Posted by John Suarez at 2:02 AM