After Louisana, Minnesota and Dallas: An Appeal to our Common Humanity

38 unarmed black Americans and 32 white unarmed Americans were killed by police in 2015 out of a total of around 12.2 million arrests in the United States.

We know the names Freddie Gray, Michael Brown, Philando Castile and Alston Sterling but what about Dylan Noble? When reading essay's such as Mike McFeeley's that asked "If Philando Castile was white, would he be dead?" and answered unequivocally "No." Listening to a spokesperson of Black Lives Matter going on about "White Privilege" on C-Span and again it leads me to ask: What of Dylan Noble? On June 25, 2016 a young man was pulled over by the police and although unarmed was shot four times by the police and killed. Dylan Noble was a white country boy who was not a career criminal. Listening to Governor Dayton of Minnesota say that if Alston Sterling were white he wouldn't have been killed at  traffic stop leads me to ask what about the 32 unarmed white non-hispanics shot and killed by the police in 2015?

Unarmed white male Andrew Thomas crashed and rolled his car while driving under the influence when he emerged from the wreck he was shot once in the neck by a police officer and died from the gunshot on December 19, 2015. Did he deserve to be gunned down? Below are some of the cases of other unarmed whites shot and killed by the police in 2015 and reported in The Washington Post:
There is a 2016 academic study that makes the claim of reverse racism that police feel more comfortable shooting a white suspect because they do not face the same level of scrutiny when killing a black suspect.  This study will no doubt be considered controversial but so too should be the claim that has been made by some that the police are hunting African Americans in the United States. The police are not perfect, and some no doubt have biases and prejudices that in some cases are racial while others are just incompetent or not suited to being police men. However one must take into consideration that in a country with 1.1 million police officers there were 990 people killed by the police in 2015 and out of that number 93 were unarmed.

In 2012 for example there were 12.2 million arrests in the United States  Out of all these arrests if we use 2015 numbers provided by The Washington Post which should be in the same ball park 0.008% ended in a fatality and out of that 0.000762% were unarmed when killed by the police.  Black Lives Matter's and the mass media's campaign to portray that African Americans are being systematically hunted and killed by the police is a lie. That this has instilled genuine fear into African Americans is horrific.

These numbers need to be reduced but one must recognize that this necessitates common sense reforms that facilitate good police work and not slandering and libeling law enforcement with propaganda in order to advance a radical agenda .

If a police officer does wrong let him or her be held accountable in a court of law. Non-violent protest has a place in seeking justice but hateful rhetoric seeking to incite violence has no place. Nor does distorting or misrepresenting the facts in evidence in order to pursue a revolutionary and violent agenda. The end of this path does not protect black lives but endanger them further as police become more defensive and militarized to respond to new and greater threats, such as snipers turned homicidal through hate filled rhetoric. 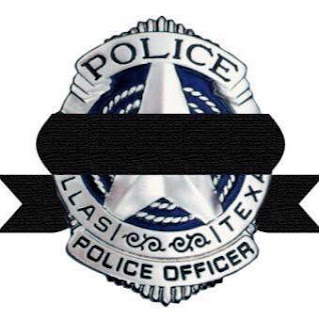 Five police officers murdered and six badly wounded in Dallas, Texas by snipers. Sadly it's not the first time, two years ago two police officers were gunned down, ambushed, in New York City while in their car.

Ninety unarmed males were shot and killed by the police versus three females in 2015 according to The Washington Post's data. There is a far stronger case to be made that the police are engaged in a war on men if one is to look only at the data and the category, but most would agree that is not a serious argument.

For too long the human rights community has focused on differences splintering human identity into more exotic nomenclatures, in the process losing our common humanity and possibly having lost the ability to hold a national conversation on what really matters.

Philando Castile (age 32) was a cafeteria supervisor in J. Hill Montessori Magnet School in Saint Paul, Minnesota and a role model to hundreds of children there. Dylan Noble (age 19) was a “happy-go-lucky, 19-year-old on the go” who had a job and no mental illness or depression. Look beyond their racial identities to their shared common humanity and the unique contribution they were making with their respective lives and the true depth of their loss begins to be understood.

Remember that each person killed was a unique human being who will never be seen again, who had a family, friends and a life project that was cut short. Each life taken before its time diminishes all who stay behind. Human life is sacred and needs to be protected.

Now is the time to regain our common humanity and engage in a national dialogue in which all sides listen, without their ideological baggage, if we want to avoid continuing the escalating cycle of violence and make things better.

* People Shot Dead by the Police in 2015 The Washington Post https://www.washingtonpost.com/graphics/national/police-shootings/