The rally today at Florida International University left a lot to be desired and follows a pattern in this presidential cycle of an election that bears a closer resemblance to World Wrestling Entertainment with Hillary Clinton and Donald Trump as the protagonists in a cage fight. Call for the audience at FIU to be fired up and energized. Dissenters attempting to counter with a different message shouted down and their banner quickly and aggressively pulled down. At the same time the level of political discourse continues its downward spiral. Meanwhile matters of great importance get short shrift but are still impacting the political process unexpectedly.

Waiting for Hillary Clinton and Tim Kaine to appear, a number of speakers warming up the crowd one of them cited an abbreviated quote by Martin Luther King Jr: "History will have to record that the greatest tragedy of this period of social transition was not the strident clamor of the bad people, but the appalling silence of the good people." This is what is being witnessed today in Cuba with escalating levels of repression following the normalization of relations with the Castro dictatorship that Hillary Clinton advocated for when she was Secretary of State. Now when the Castro regime murders a young activist and orders a machete attack in an attempt to kill another, the government of the United States remains silent. 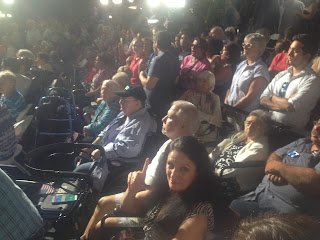 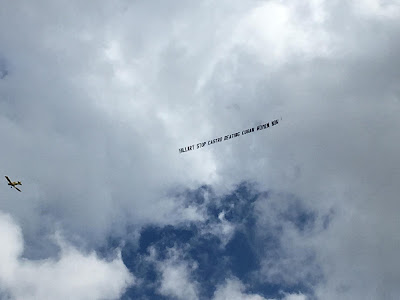 Secretary of State Hillary Clinton has been on the wrong side of almost every foreign policy debate (Iraq, Libya, Haiti) over the past 15 years and also on Cuba. This can be seen in her convoluted reasoning for ending sanctions back in 2010:


"It is my personal belief that the Castros do not want to see an end to the embargo and do not want to see normalization with the U.S., because they would lose all of their excuses for what hasn't happened in Cuba in the last 50 years."

Clinton's claim ignores a pile of evidence to the contrary. The Castro regime's international campaign against the embargo, they argue is not to get rid of sanctions but to explain their failures. This also necessitates ignoring:  Castro regime's recruiting of state officials, members of congress, and corporations to lobby to end the embargo in the United States; that every Castro agent uncovered by the United States over the years infiltrated in government and academia has been working for the lifting of sanctions on the Castro dictatorship.

Badly reasoned arguments that run counter to U.S. national interests begin to be understood when the money trail is established. International Business Times reported last year on the relationship between donations to the Clinton Foundation and arm sales to countries with terrible human rights records during Hillary Clinton's tenure at the State Department.

Under Clinton's leadership, the State Department approved $165 billion worth of commercial arms sales to 20 nations whose governments have given money to the Clinton Foundation, according to an IBTimes analysis of State Department and foundation data. That figure -- derived from the three full fiscal years of Clinton’s term as Secretary of State (from October 2010 to September 2012) -- represented nearly double the value of American arms sales made to the those countries and approved by the State Department during the same period of President George W. Bush’s second term.

In the case of Cuba it was Bill Clinton's presidency that opened up cash and carry trade in 2000 that brought in $5.2 billion dollars in sales to the Castro regime that also generated agents of influence and lobbyists at both the state and federal level. This trade peaked in 2008 and has steadily dropped during the Obama administration reaching a fourteen year low so far in 2016.

This trade was never sustainable but part of a regime strategy to obtain credits and financing to shift the burden to U.S. taxpayers as was the case with other countries doing business in Cuba. James Prevor, President and Editor in Chief of the publication Produce Business in October of 2002 in the article, Cuba Caution, reported on how Cuba "had exhausted all its credit lines and, at best, was simply rotating the accounts. When the opportunity came to buy from the United States, Cuba simply abandoned all those suppliers who supported the country for 40 years and began buying from us."  The suppliers were not the ones impacted by Cuba's failure to pay its debts, the taxpayers of the suppliers' home countries were the one's left holding the tab.

"since March 2009, a select group of commercial banks now will be able to offer terms of 180 days to five years on federally-guaranteed loans to the foreign buyers of U.S. exports without having to obtain prior federal approval.  ... Because of the foreign risks involved  in export lending, most commercial banks through-out the world do not make these loans without government guarantees. In the U.S., the guarantees are provided by the Export-Import Bank of the United States (Ex-Im Bank), a federal agency.

This will mean that the Chamber of Commerce and Agriculture lobby will sell to the Cuban dictatorship and have the taxpayers pick up the tab if anything goes wrong.  The record with other countries over the past half century indicates that the Castro regime will default on what it owes.

Hillary Clinton's track record does not inspire confidence and is another reason why she should not be entrusted with The White House.  Unfortunately, Donald Trump on normalizing relations with the Castro regime is but an echo of the Obama administration and Hillary Clinton only adding that he would have negotiated something better. 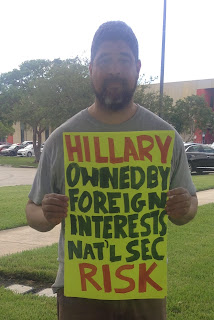