There are a few moments that are burned into my memory: the moment on January 28, 1986 when the Challenger blew up, the February 24, 1996 shoot down of two Brothers to the Rescue planes by Cuban MiGs, the attack on the Twin Towers on September 11, 2001 and the murders of Oswaldo Payá Sardiñas and Harold Cepero Escalante on July 22, 2012.

On Sunday, July 22, 2012 at 1:50pm near Bayamo in eastern Granma province of Cuba the incident provoked by State Security that ended the lives of Oswaldo Payá Sardiñas and Harold Cepero Escalante was underway. Hundreds of miles away in Miami I was sitting in a movie theater in Kendall getting ready to watch The Dark Knight Rises. 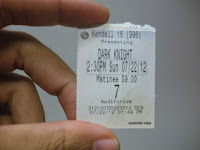 Exiting the movie theater at 6:00pm turned on my phone and Orlando Gutierrez was calling to tell me, "They had killed Oswaldo." I know several Oswaldos so immediately asked him "Oswaldo who?" "Payá" he told me, and my heart sank. I sat down opened my laptop and blogged about it in an effort to deal with this horror.

Founding leader of the Christian Liberation Movement and author of numerous initiatives, including the Varela Project that made the Castro regime tremble and change their own constitution to hang on to power. Oswaldo Payá, like Liu Xiaobo in China, offered a peaceful way out of a totalitarian dictatorship. Began following in the late 1980s with great admiration, his long nonviolent struggle for a free Cuba.

Never met Oswaldo Payá in person, but had spoken to him on the telephone a handful of times. In 2003 the Cuban Democratic Directorate hosted his visit to Miami, but I was out of the country at the time and missed meeting him.

Learned later on that in addition to Oswaldo Payá, another and much younger member of the Christian Liberation Movement had also been killed. First learned of Harold Cepero when he was expelled from university in 2002 for gathering signatures for Project Varela, a legal citizen initiative that sought to reform Cuba's legal code to bring it in line with international human rights standards and saw him in a grainy video interviewed with other expelled university students. Harold Cepero was the youth leader of the Christian Liberation Movement and was just 32 years old the day he was murdered by Cuban state security.

Five years later and friends and family of  Oswaldo Payá and Harold Cepero continue to demand truth and justice for their dear departed and continue the work to see the day that Cuba is free. Meanwhile we remember their example, their writings that continue to inspire, the terrible day they were taken away from us and the continuing need for justice.

"The first victory we can claim is that our hearts are free of hatred. Hence we say to those who persecute us and who try to dominate us: ‘You are my brother. I do not hate you, but you are not going to dominate me by fear. I do not wish to impose my truth, nor do I wish you to impose yours on me. We are going to seek the truth together’." - Oswaldo Paya, December 17, 2002

"Christians and non-Christians who have the courage and the freedom to consider the peaceful political option for their lives, know they are exposing themselves to slightly less than absolute solitude, to work exclusion, to persecution, to prison or death. "- Harold Cepero, Havana 2012 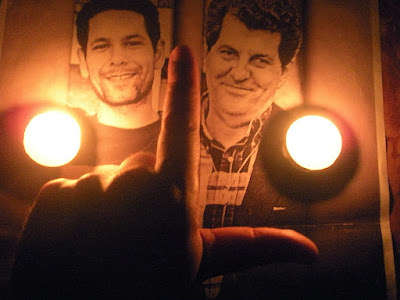