The Death of Stalin: A dark comedic romp explores Stalinism

The comedy banned in Russia because Putin didn't find it funny. 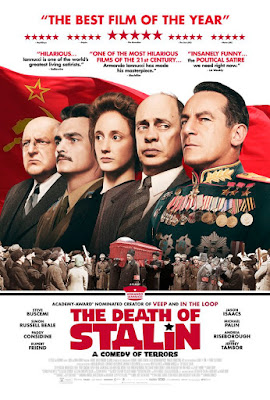 Tonight saw the film, The Death of Stalin: A comedy of terrors, it covers the period from March 5, 1953 through the consolidation of power by Nikita Khrushchev on December 23, 1953. It is a dark comedy that is true to the essence of its history exposing the brutality of totalitarianism.  The New Yorker described the film as daring "to make evil funny." The Putin regime in Russia has banned it calling the film slander, denigrating and extremist. It is a must see film, and worthy of discussion. Please, if you've seen the film, add your commentary below.