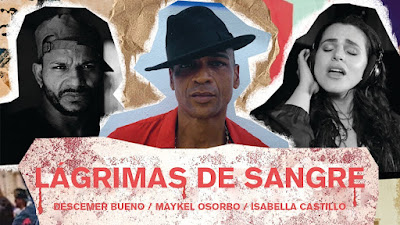 Cuban singer Descemer Bueno premiered this week the song "Tears of Blood" [Lagrimas de Sangre], a denunciation of the totalitarian system in Cuba, that features prisoner of conscience Maykel Castillo Pérez (El Osorbo), and Isabella Castillo. An image of jailed Cuban journalist, Esteban Lázaro Rodríguez López appears in the music video. He was forcibly exiled a day after the video's release.

Video is directed and edited by Ernesto García and with photography by Sisy Gómez and Erick Delgado. The video that accompanies the song brings together images of the nonviolent demonstrations of 11J, repressive actions by the dictatorship over the past  63 years, Operation Pedro Pan, and the exodus of Cubans who fled to the sea to escape the Island in the 1980 Mariel boatlift, and the 1994 rafter crisis. 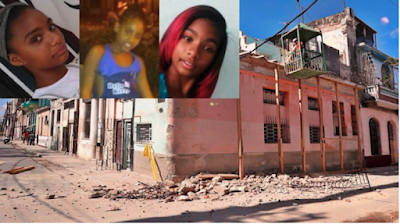 Music video also shows a photo of Diubis Laurencio Tejeda, (age 36) who was shot in the back by regime officials on day two of the 11J nationwide protests in Cuba.

When Maykel Castillo begins to rap images of him appear in the music video. There are concerns that Maykel Castillo Pérez (El Osorbo) is suffering from a serious health condition, not receiving adequate care and is being pressured to go into exile by the Castro regime.

The music video shows images from the the funeral of Oswaldo Payá Sardiñas, murdered together with Harold Cepero on July 22, 2012 by agents of the Castro regime.

The video also shows images of prisoner of conscience Luis Manuel Otero Alcántara, the San Isidro Movement, and street protests inside and outside of Cuba.

This is a powerful music video that deserves a large audience.