Oswaldo José Payá Sardiñas was born 70 years ago on February 29, 1952 and was extrajudicially executed in Cuba by Castro's secret police on July 22, 2012 along with Harold Cepero. 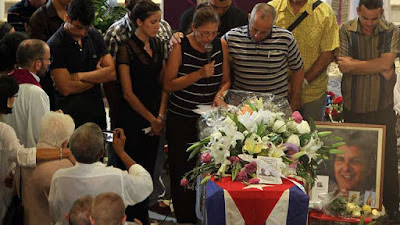 A mass will be held in Miami today at Our Lady of Charity (La Ermita de la Caridad) at 8:00pm to pay tribute to the life and legacy of Oswaldo Payá on the seventieth anniversary of his birth.

This morning at 10:41am Rosa Maria Payá Acevedo Tweeted an invitation to "Join us, this Tuesday 6:30 PM at Cubaocho Museum & Performing Arts Center" and ended it with the hashtag #PayáVive.

Tuesday, March 1, 2022 at 6:30pm at Cubaocho Museum and Performing Arts Center (1465 SW 8th Street)  a short documentary "The Truth About the Murder of Oswaldo Payá" will premier along with a special performance by Cuban artist Eliecer Márquez Duany better known as "El Funky."

Twenty years earlier, Oswaldo Payá along with other members of the Christian Liberation Movement in May 2002 turned in thousands of signatures from the Varela Project, a petition that called for human rights to be respected in Cuba, and that the matter be debated before the National Assembly. 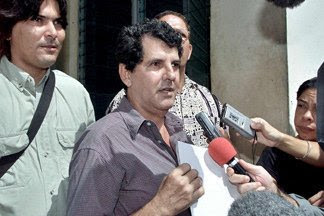 Today, one of the men who walked alongside Oswaldo Payá to deliver the petition in 2002, Regis Iglesias Ramírez Tweeted a birthday greetings to the leader of his movement who he affectionately called Bapu. 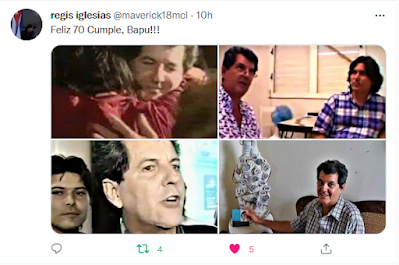 In December of 2002, thanks to lobbying and pressure from Spain, Oswaldo Payá was able to travel to Strasbourg, France to receive the European Union's Sakharov Prize and address the chamber. 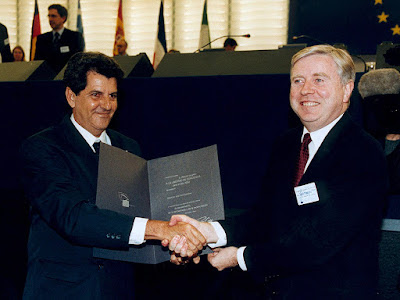 Following the untimely deaths of Oswaldo and Harold, the Cuban opposition leader's family was subjected to death threats and heightened surveillance by state security. Ten years later and his legacy lives on in Cuba, in the diaspora, and with his family. In 2019 his book "The Night Will Not Be Eternal: Dangers and Hopes for Cuba," and  a new digital edition was made available in December 2021. 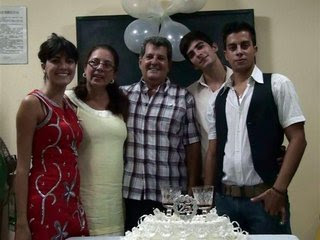 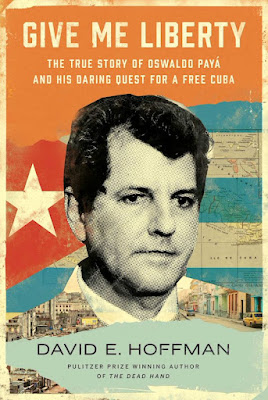 Today, let us also remember and pray for the soul of this good man, who sacrificed all for the freedom of the Cuban people.

It is also a moment to share with others how others looking from outside the Cuban experience viewed this human rights defender and Cuban patriot. Below are observations made by Norwegian members of parliament in 2011 when they nominated him for the Nobel Peace Prize.

A group of 7 Norwegian Members of Parliament has nominated the Cuban Oswaldo Payá for this year’s Nobel Peace Prize. – The Nobel Prize to Cuba’s most important oppositional leader would be an important contribution to peace and democracy for a people who have been denied their fundamental human rights for far too long, the MPs write in their nomination letter.

Through nearly two decades Oswaldo Payá has been the leading figure in a peaceful struggle for basic human rights in Cuba. Oswaldo Payá represents all Cubans who want a peaceful change based on reconciliation and dialogue.

– We believe the Nobel Peace Prize would send a strong signal to the Cuban government that it is time for change, says Dagrun Eriksen, MP, deputy leader of the Christian Democratic Party and one of the signatories.

Oswaldo Payá has built his work on the conviction that all human beings have inviolable rights. He believes that the right to freedom of speech is the basis on which to solve all other problems in society. Only when the people themselves can express their concerns, Cuba will be able to find its own way out of the country’s challenges.

- Oswaldo Payá recognizes that freedom of speech and respect for fundamental human rights is a precondition for a peaceful development, says Jan Tore Sanner, MP, deputy leader of the Conservative Party and one of the other signatories.

Oswaldo Payá has consistently tried to work within the frames of Cuban law, through petitions calling for the respect for basic human rights. When the Varela project succeeded in collecting enough signatures to set of a referendum in 2002, the Cuban regime’s response, however, was to arrest 75 oppositional leaders, in what became known as the Black Spring.

Last spring, Mr Sanner and Mrs Eriksen took the initiative to form a support group for Cuban political prisoners in the Norwegian Parliament, including MPs from all the Norwegian parties. Following the release of more than 40 prisoners into forced exile last summer, 19 of them wrote a letter to the group, proposing that they nominate Oswaldo Payá for this year’s Nobel Peace Prize.

- The support from the former prisoners of conscience shows how Oswaldo Payá has succeeded in gathering different groups of dissidents in dialogue and peaceful resistance, says Dagrun Eriksen.

Jan Tore Sanner was one of the nominators behind last year’s winner Liu Xiabo.

Payá has continued to call for unity and dialogue between all Cubans, in and outside the country. His National Dialogue program and All Cubans Forum, have involved thousands of Cubans in discussions on proposals for a peaceful change towards democracy. Payá is now again calling for a referendum on basic human rights.

- Oswaldo Payá would be a worthy winner of this year’s Nobel Peace Prize, say Dagrun Eriksen and Jan Tore Sanner.