#GS22: Turning on the lights for the millions suffering in darkness (Live stream today and video from yesterday)

Today begins the 14th edition of the Geneva Summit for Human Rights and Democracy. Yesterday there was a non streamed opening session, but today begins the live streamed portion.

This gathering presents an opportunity for pro-democracy activists from around the world to gather and exchange best practices, and compare notes on what authoritarians are doing to continue their 16 year track record of undermining international human rights standards, and reducing the number of democracies in the world.

Video of the April 5th opening session is available here.


Here is a also a Twitter thread from yesterday's opening session.

We'll be live-tweeting the event from the home of human rights—the Palais des Nations in Geneva.

Follow along as we hear from the world's most courageous dissidents 👇

— The Geneva Summit for Human Rights and Democracy (@GenevaSummit) April 5, 2022

Not in Geneva Switzerland? Follow the live stream of the summit here, and use the hashtags #GS22 and #GenevaSummit2022 to comment, and also to follow the conversation online.

Free Cuba activists will have a lot to check out throughout the day. Below is the program taken from the official website.

10:10 The Future of Russia: Resisting Putin From Moscow to Kyiv

10:30 The Struggle for Human Rights in China

11:30 Price of Dissent: The Plight of Political Prisoners

12:15 Exiled From Vietnam: The Fight for Freedom of Speech 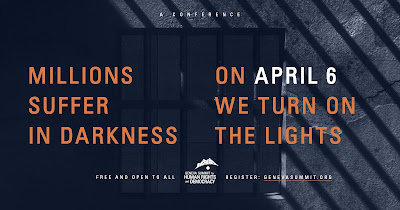