"Monsignor Román was the Félix Varela of our times." - Archbishop Thomas Wenski, April 11, 2022

Hard to believe it has been 10 years since Bishop Agustín Román was called home. His absence over the numerous crises that we have suffered made it feel much longer and gave us a deeper appreciation of his importance to this community.

Today, Archbishop Thomas Wenski published an Oped that celebrated the legacy of Monsignor Román and placed him in the context of Cuban history. He concluded his reflection praising the legacy of this humble and good Priest.

Archbishop Román suffered exile because of a destructive nationalism that took hold of his beloved Cuba, but he never stopped being a patriot — nor did he ever stop tirelessly preaching the good news of Jesus Christ who gives us eternal life. He totally dedicated himself to the Fatherland and to Life.

Bishop Román once said that "If what we do for Cuba, we do not do for love, better not to do it."  He had a great understanding of what was taking place in the land of his birth and the gift to lay it out in a manner that both lifted the listeners up spiritually, but also provided greater understanding and discernment.

In the realm of political struggle he was an advocate for nonviolent civil resistance who said that violence was "not be a favored option, much less a practice or method of justifiable struggle."

In 2006 he spoke of the challenges facing Cuba and of the Cuban dissident movement and his observations remain  relevant and needed.

"The greatest importance of the internal dissident movement in Cuba today, is that it has proven that political action can be consistent with what conscience knows and that is that the force of reason is, and should be more powerful than the reason of force."- Bishop Agustín Román (2006) 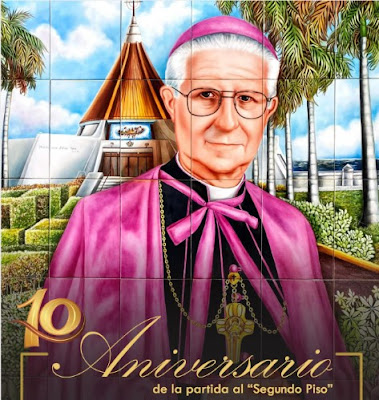