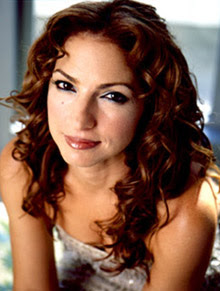 MIAMI, March 23 /PRNewswire/ -- The following is a statement issued by Gloria Estefan:

On March 21st in Havana, Cuba, the "Damas De Blanco" (Ladies In White) ended their Marches commemorating the Seventh Anniversary of the "Black Spring" in Cuba which took place in April of 2003 when they suffered the unjust incarceration of their husbands and sons. Since then, these valiant women, dignified, and united in the pain of being forcibly separated from their loved ones have been fighting for their release.

This past week, the violent persecution that the "Damas De Blanco" suffered at the hands of Cuba's repressive government was such that the President of the European People's Party (EPP) in the European Parliament, Joseph Daul, declared, "It is high time that the European Union clearly defends all those who, in Cuba, risk their lives on a daily basis defending Human Rights and who are working towards a peaceful transition to democracy".

The moment has come for us as well; Cubans who live in freedom and anyone who would like to join us, to show our strength, support and spirit to the "Damas" and to the Cuban people.

LET'S WALK TOGETHER LIKE THE "DAMAS DE BLANCO"; with dignity, in silence, with a flower of hope in our hands and dressed in white to represent purity of thought, actions and new beginnings!

In the words of our illustrious poet, Jose Marti, "The campaigns of a people are only weak when in them is not enlisted the heart of a woman; but when a woman is shaken and helps, when a woman, timid and quiet in her nature, cheers and applauds, when a woman cultured and virtuous anoints a deed with the honey of her love, the deed is invincible".

We will walk for the love of freedom...