Cuba, Where Two or Three Months Can Seem Like Eternity 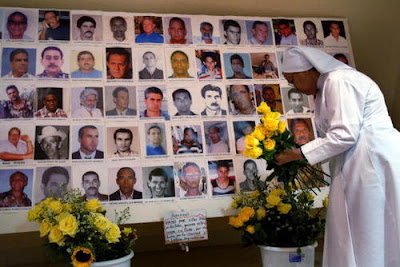 About five hours ago Cuban youth leader and human rights activist Rolando Rodriguez Lobaina tweeted: "Today Néstor marks 2 months of unjust political prison in Guantanamo. Until when the arbitrariness? Free them all now!"

He is referring to his brother and fellow activist Néstor Rodríguez Lobaina beaten and imprisoned on December 9, 2010 by agents of the Cuban regime in an effort to preempt non-violent activities planned for International Human Rights Day on December 10.

The regime is pressuring these Cuban democrats, independent journalists, and human rights activists to opt for exile in Spain or remain in prison. Driving some of them and their family members to stage hunger strikes for their freedom before being promised that this will be resolved shortly.

Pedro Argüelles Morán ended his hunger strike today on February 9 after nine days after being visited by a Cuban state security agent who told him that he and the other prisoners would shortly be freed. Time will tell if this representative of the regime is lying or not.

If one wants further proof that communism is an evil system then take a look at Cuba. Cuba, where two or three months can seem like an unpleasant eternity straight out of a chapter of Dante's Divine Comedy. Nevertheless, one should not forget that Mohandas Gandhi's observation holds true:

"When I despair, I remember that all through history the way of truth and love has always won. There have been tyrants and murderers and for a time they seem invincible, but in the end, they always fall — think of it, always."