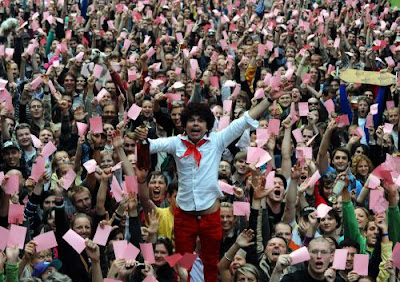 "In sports yellow and red cards awarded. We showed a symbolic pink card to Raul Castro to leave the artists alone in peace, "said David Gaydečka, one of the promoters of the festival, which ended Saturday in the Czech capital.