In memory of those who stood up for their rights, lost their lives and for those still unjustly imprisoned today in China. 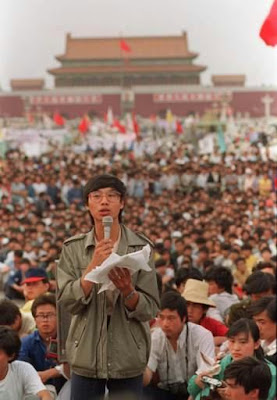 Liu Xiaobo, the imprisoned Nobel Peace laureate, is currently imprisoned for his continued non-violent activism but had already served a prison sentence for his participation in the Tiananmen student protest.

Others participants like Yang Jianli are currently in exile but continue to speak out and demand justice. In an open letter that he will deliver later today to the UN Secretary General he states:

Twenty-two years ago today, Chinese Communist dictators, responding to student-led pro-democracy protests, called out tens of thousands of troops to “crush a counter-revolutionary riot." In a spasm of unimaginable violence, heavily armed soldiers and tanks attacked peaceful protesters. They shot at unarmed Chinese in and near Tiananmen Square, resulting in the death and maiming of thousands of their own citizens.

Young men and women vanished beneath tank tracks or lost their limbs. Others perished in a hail of gunfire from soldiers using assault rifles. Mothers lost their only sons and daughters. Children were orphaned, left to forever miss their parent’s love and warm embrace. Families were shattered. This was the single most tragic day in the history of modern China. 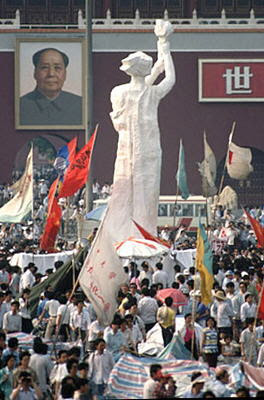 The Goddess of Democracy
3 June 1989 - Troops are ordered to reclaim Tiananmen Square at all cost. They begin to open fire upon people blocking the advancement of the army and also on people who are just shouting at the troops. Tanks and armored vehicles move towards the center of the city. 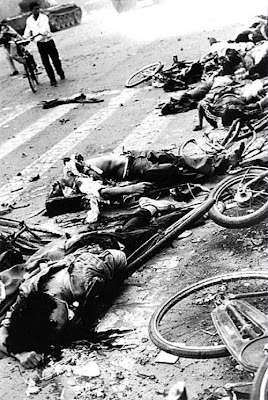 Victims of the massacre

4 June 1989 - 1 am, troops surround Tiananmen Square and wait for orders

4 am, Liu Xiaobo and the other three men who began the second hunger strike negotiate with the troops to allow the students to leave the Square.

5 am, thousands of students, teachers and supporters leave the Square at gunpoint.
During this period of time, troops shoot two waves of fire. 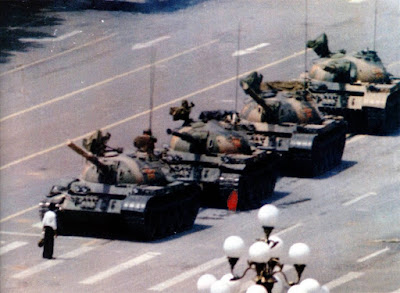 Tankman
Posted by John Suarez at 12:20 AM