Sexual violence as a tool of political terror

The Cuban transition wears a skirt, its rhythm is marked by so many women who will achieve a more inclusive, maternal, free country :-) - Yoani Sanchez, on twitter March 8, 2012

"Tyrants with pathological cravings for power have organized campaigns of rape since ancient times, from Troy to Nanking and Sierra Leone to Cyprus, from East Pakistan to the Democratic Republic of the Congo and beyond. And yet, everyone ever convicted of orchestrating mass rape could be crowded into a single holding cell." - AIDS Free World, 2009 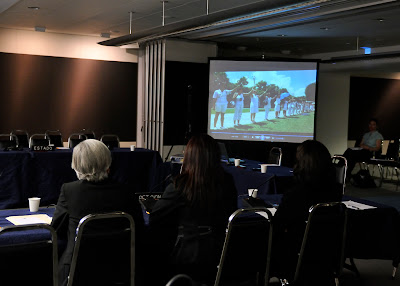 Laida Carro of the Coalition of Cuban-American Women summed up the purpose of their testimony: "We came to reiterate before the IACHR that it is inacceptable that in our hemisphere women who defend fundamental rights are discriminated against and subjected to cruel, inhuman, and degrading treatment."

Janisset Rivero, of the Directorio Democrático Cubano highlighted a troubling trend stating that "Since 2011 a considerable increase in the practice of stripping naked, hurling sinuous words and sexual threats against the Ladies in White."


Laura Pollán, interviewed in the above video, died under mysterious circumstances on October 14, 2011

It is a troubling trend because at least two of the Castro brothers allies, Robert Mugabe of Zimbabwe, and the late Muammar Gaddafi of Libya have both used rape as a political weapon to terrorize women from participating in the political process. It appears that Cuban state security is testing similar tactics in order to see how the international community reacts and with each non-reaction push the envelope further.

For example, on March 1, 2012 a violent arrest was carried out against female members of the Rosa Parks Feminine Movement in the central city of Placetas who were attacked as they were protesting in front of the Cuban Communist Party Municipal Headquarters. Yris Perez Aguilera was beaten and arrested by officer Yuniel Monteagudo, who pulled down her pants inside the patrol car and threatened to rape her. The women remained under arrest until Saturday, March 3rd.

However there is plenty of documentation on the use of rape as a political weapon to silence women in Zimbabwe. AIDS-Free World in 2009 published a detailed report titled Electing to Rape: Sexual Terror in Mugabe's Zimbabwe which analyzed the situation there during the 2008 elections and the aftermath:

In the weeks immediately after the June 2008 presidential elections in Zimbabwe, AIDS-Free World received an urgent call from a Harare-based organization. The human rights activists were overwhelmed with reports from women associated with the opposition party, Movement for Democratic Change (MDC), who had been raped by members of President Robert Mugabe’s ruling party, ZANU-PF, in a vicious campaign to intimidate voters and emerge victorious in the presidential election. In response, AIDS-Free World undertook a series of investigative trips to the region with teams of lawyers to interview survivors of this violence. What emerged from the testimony was a brutal, orchestrated campaign of rape and torture perpetrated by Mugabe’s ZANU-PF youth militia, agents of Zimbabwe’s Central Intelligence Organization (CIO), and people who identify themselves as veterans of the liberation war (known as war veterans) affiliated with ZANU-PF. The exceptionally violent rapes, as described by women from every province of Zimbabwe, were often nearly fatal. Survivors’ terror was prolonged by fears that their attackers were among the 15% of adults infected with HIV in Zimbabwe.

Cuban women are in the vanguard of political change in the island and like the women in Zimbabwe are now a target of an entrenched and brutal dictatorship that is willing to do anything to remain in power. The world ignored Mugabe's brutalization of women in Zimbabwe and this led to the systematic use of rape as a political weapon against female human rights defenders and political activists. Trends in Cuba point to the possibility that the same tragic outcome could be repeated if the international community does not speak out early and often against the violence visited against Cuban women by the dictatorship on the island.

Stop rape now in Zimbabwe, Cuba and wherever else it arises.