Remembering Laura on the eve of her untimely death

"We are going to continue. We are fighting for freedom and human rights.” - Laura Inés Pollán Toledo September 24, 2011 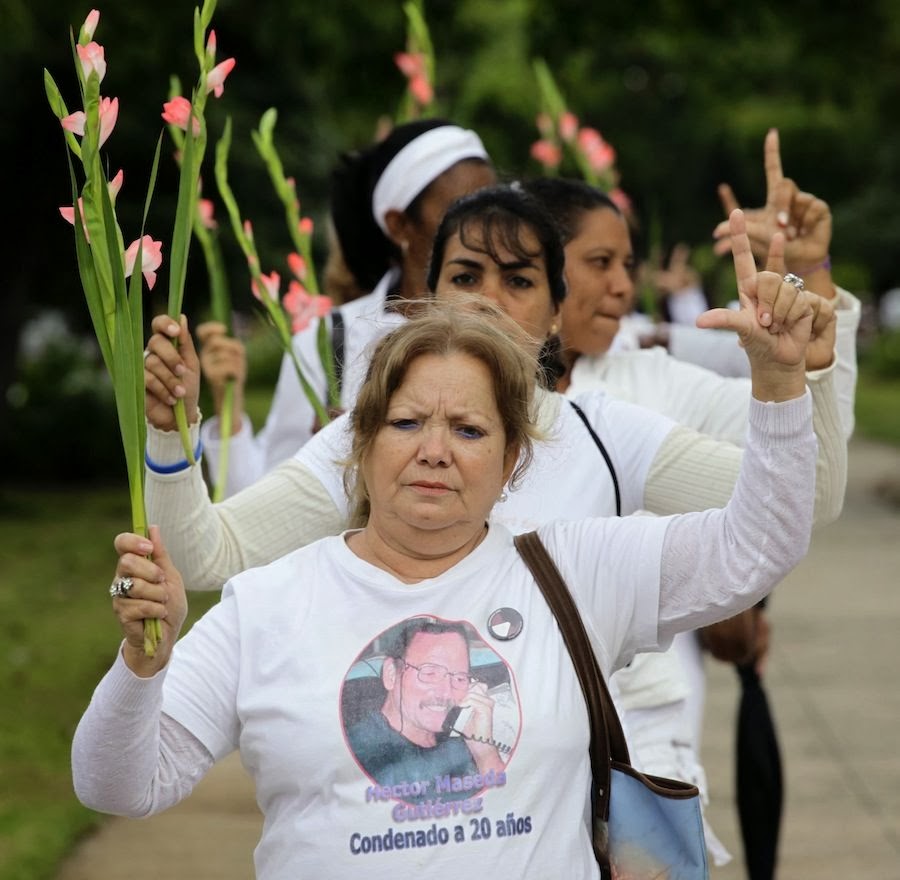 Hard to believe that Laura Pollan was taken from us two years ago tomorrow. She could have been the first president of a post Castro Cuba. Meeting with experts on political strategy one of their observations raised new concerns.

According to these experts, even when a government is opposed by the vast majority of the populace of a country it will still not make that leap of embracing change unless the opposition has good ideas and is a credible alternative to govern. Even when the regime in power fails in its most basic obligations and endangers the population with cholera and dengue.

The suspicious death of Laura Pollan two years ago on October 14, 2011 marked a dangerous new chapter of the struggle for freedom in Cuba that was further reinforced with the killing of Oswaldo Paya and Harold Cepero on July 22, 2012 and escalating violence are troubling trends.

The dictatorship is willing to kill whoever it must to hang on to power and the international community has been divided in condemning these outrages.

Another Sunday of repression and political terror grips Cuba in order to prevent women marching nonviolently to attend Mass and continue their call for human rights to finally be respected in Cuba. A mother has had her home repeatedly invaded and has suffered beatings along with her children and her elderly mother for refusing to renounce her defense of human rights. It is up to every day people of good will wherever they are to speak up for Cuba's human rights defenders and expose these outrages.

Solidarity has been demonstrated at the level of parliaments and the word is getting out in newspapers around the world but more needs to be done to ensure that Cuba become free and that no more icons of the Cuban resistance are murdered by a cruel totalitarian regime.