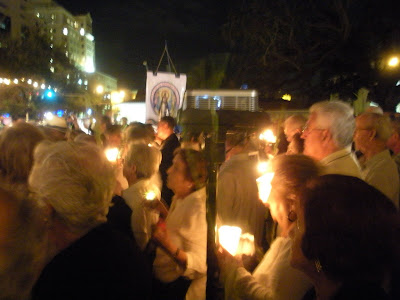 Last night in Coral Gables on the one week anniversary of her death there was an act of remembrance for Laura Pollán and in solidarity with the Ladies in White who continue the nonviolent struggle for freedom in Cuba. An account of her final days was presented followed by readings of quotes by Laura from different women. Recorded messages from Bertha Soler and Sara Martha Fonseca for the activity were played and the event concluded listening to a past recording of Laura Pollán speaking.

Below are photos and video excerpts taken at the vigil. Along with quotes by Laura. 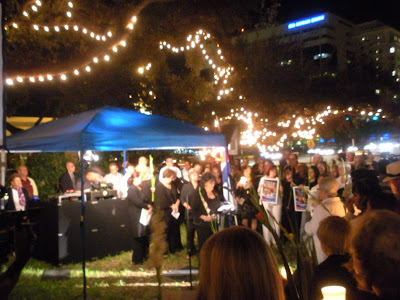 Physically, I am tired. But I am still fighting, as long as I am alive and my husband is jailed, I am going to keep fighting. – Laura Pollan (2006) 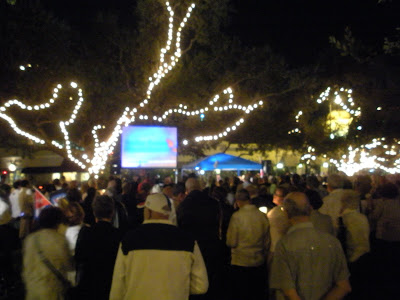 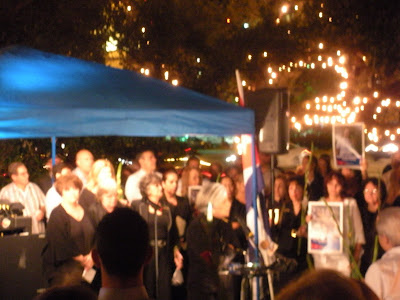 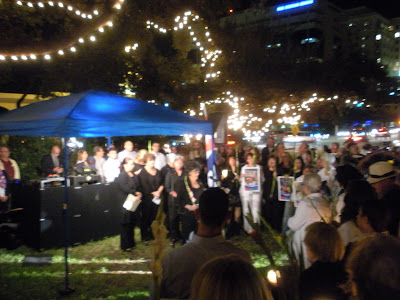 
“We ask on this Christmas Day for freedom for our political prisoners and for the Cuban people to have a better future.” (2005) 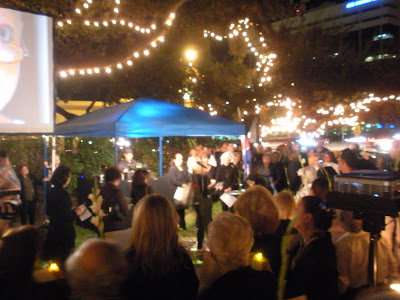 In the same manner that the vigil concluded with the words of Laura so does this blog entery.