What are human rights and why are they still important?

Taking Part In A Global Conversation on Human Rights 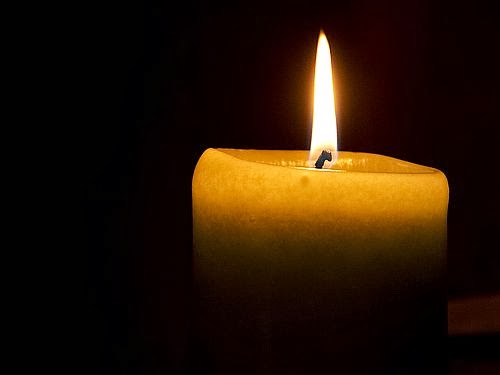 "Yet is it far better to light the candle than to curse the darkness." W.L. Watkins (1907)

At first glance the definition of human rights should be self evident because it is the equivalent of asking what is the color of Napoleon's white horse. Human rights are those rights that pertain to you for being a human being. Since these rights are intrinsic to one's status as a human being they should also be universal.

Despite its simplicity the modern idea of a universal human rights standard was not even discussed until the 1550s. Bishop Bartolomé De Las Casas in a debate over the rights of the indigenous inhabitants of the Americas offered for the first time a universal idea of human rights:


“All the races of the world are men, and of all men and of each individual there is but one definition, and this is that they are rational. All have understanding and will and free choice, as all are made in the image and likeness of God . . . Thus the entire human race is one.”

Both the American and French revolutions tied the emergence of rights to particular national experiences while appealing to enlightenment values. At the same time critical voices, such as Edmund Burke, emerged that challenged the abstract rights discourse with concrete examples and in doing so provided a working alternative.

Less than 160 years after the French and American revolutions the failure of modern nation states to protect the rights of its citizens led to a new international consensus, the Universal Declaration of Human Rights, drafted and adopted on December 10, 1948 by the majority of nations that existed in the world at the time.

One of the authors of the Universal Declaration of Human Rights was Jacques Maritain, a French philosopher who was inspired by Christian humanism:

There is but one solution for the history of the world, I mean in a Christian regime, however it may be otherwise. It is that the creature be truly respected in its connection with God and because receiving everything from Him: humanism but theocentric humanism, rooted where man has his roots, integral humanism, humanism of the incarnation.

The formation of the United Nations was also an opportunity for Latin Americans to push for international human rights standards. The American Declaration of the Rights and Duties of Man was the first international human rights instrument and was signed into existence in Bogota, Colombia in April of 1948 nine months prior to the Universal Declaration of Human Rights in December of 1948 where Latin Americans played a major and crucial role among them the Cuban delegation.
The first draft of the Declaration was fashioned from various models collected by the UN Secretariat among them "were a model based on a Cuban-sponsored proposal at the San Francisco conference, a proposed first draft offered by the Chilean delegation, and the earlier Panamanian draft."

The Universal Declaration of Human Rights is heavily informed and influenced by Catholic social doctrine found in the 1891 Papal Encyclical Rerum Novarum by Pope Leo XIII. The Catholic Church in its social teaching rejects both liberalism and communism embracing a defense of the dignity of human beings grounded in its own metaphysical vision of personhood.

The holistic approach to human rights that embraces both civil/political and social/economic rights was not found in a compromise between the liberal Anglosphere and the socialist Soviet sphere but was the initiative of Catholic thinkers, states and the Holy See that shaped this most important human rights document.

However, since 1948 the hopes that the United Nations and its human rights instruments would improve the human rights situation has not materialized. Genocides have continued to occur as have systematic human rights violations and countries with histories of respecting human rights standards have gone in the wrong direction during the ongoing war on terror. Several factors contributed to this lack of improvement.

As the Cold War heated up there was an attempt to split human rights along the bourgeois and socialist divide in order to justify the repression associated with totalitarian dictatorships. Fidel Castro in a 1986 interview spoke plainly on the matter:


"There is revolutionary liberty and there are other liberties which are bourgeois. It's difficult for me to talk about them to Europeans because bourgeois liberties were born there. In England, France, those countries. You talk of equality, liberty, fraternity. I think only our society can truly speak of equality. There's no equality between millionaires and beggars."


In the same interview the Cuban dictator went on and expanded his argument:

"Bourgeois liberties, no. We have two different concepts of freedom. Europeans have one, we have another.  Capitalism and socialism are not at all alike. Your political concepts of liberty, equality, justice are very different from ours. You try to measure a country like Cuba with European ideas. And we do not resign ourselves to or accept being measured by those standards."

The track record under Castro's communist regime is that when one set of rights are denied then all suffer. Both political and social rights have suffered in Cuba and this has included nightmarish episodes in the island's hospitals and system of health care.

This leads to a sobering conclusion that the failure of nation states to protect the human rights of their citizens was not remedied by centralizing responsibility in a supranational organization such as the United Nations. Mohandas Gandhi had foreseen and predicted the failure. Gandhi, a self-described socialist, was not an enthusiastic proponent of centralized power arguing:


The State represents violence in a concentrated and organized form. The individual has a soul, but as the State is a soulless machine, it can never be weaned from violence to which it owes its very existence. Hence I prefer the doctrine of trusteeship. [...] What I would personally prefer would be not centralization of power in the hands of the State, but an extension of the sense of trusteeship, as, in my opinion, the violence of private ownership is less injurious than the violence of the State. However, if it is unavoidable, I would support a minimum of State-ownership.

Over the past sixty years we have seen how individuals and non-governmental organizations have defended human rights and exposed the crimes of the State and other parties. This has been carried out in a decentralized and non-violent fashion. Amnesty International, Human Rights Watch, Christian Solidarity Worldwide, Human Rights First, Reporters without Borders, and other non-governmental organizations have operated at the international level in collaboration with national and local human rights organizations.

At the national and local level groups of individuals organizing and challenging brutal and murderous regimes such as the Mothers of the Plaza de Mayo in Argentina against a military junta that disappeared 30,000 Argentines in 1970s and early 1980s and today in totalitarian Cuba the Ladies in White demand freedom and human rights with open non-violent displays of defiance pressuring dictatorships to meet their demands.

Prior to his assassination Mohandas Gandhi responded to the 1948 United Nations Committee charged with drafting what would later become the human rights charter stating: “All rights to be deserved and preserved come from duty well done. Thus the very right to live accrues to us only when we do the duty of citizenship of the world. From this fundamental statement perhaps it is easy enough to define the duties of man and woman and correlate every right to some corresponding duty to be first performed. Every other right can be shown to be a usurpation hardly worth fighting for.”

The Universal Declaration of Human Rights is a document that outlines existing rights but its continued relevance and importance depends on human beings, that means each one of us, on this planet doing our duty to defend and respect these rights.