To understand the Castro regime one must understand bullying behavior

Lifting the embargo is a long term policy objective of the Castro regime but not the only one, and it is not the source of the conflict with the United States. 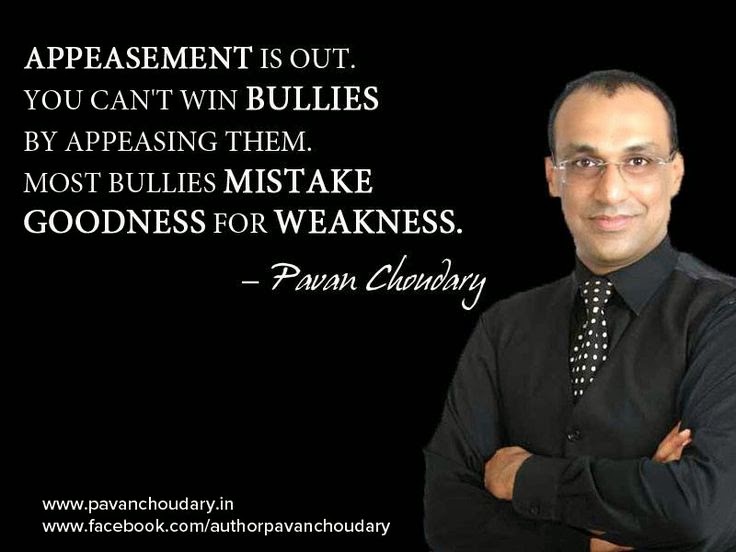 Time and time again pundits and politicians claim that the greatest obstacles to the end of the Embargo are the Castro brothers. Hillary Clinton is the most recent example. The argument is that the Castro regime "needs to maintain a confrontation with the United States for domestic political reasons" and therefore it must keep the embargo. It is an absurd argument that ignores not only the mentality of the regime, its history and its ability to maintain a confrontational stance regardless of the economic relationship.

Lifting the embargo has been a long term priority of the regime but not the only one. The Castro regime's first priority is to hang on to power no matter what the cost. Gorbachev learned this in the late 1980s when the Castro regime began to ban and censor Soviet publications that were discussing Glasnost and Perestroika. In November of 1989 when Fidel Castro banned the sale of Soviet publications on the island he stated, “we could not hesitate to prevent the circulation of certain Soviet publications which have been against the policies of… socialism. They are for the ideas of imperialism, change and the counter-revolution.” This was done despite the great dependence on Soviet subsidies. Secondly the Cuban dictatorship since its inception in 1959 has sought to project itself internationally by exporting armed struggles and the training of terrorists to overthrow governments throughout Latin America as well as projecting itself in Africa in places such as Angola and Ethiopia.

The current crackdown that has been widely publicized means nothing in terms of the underlying relationship between the Obama Administration and the Castro regime. As Alex Burgos has observed one "can't say Castro breaking Cuba deal. Because human rights weren't part of one-sided negotiation, repression remains routine business." This has nothing to do with sabotaging anything but hanging on to power. In March of 2003 the Castro regime engaged in a huge crackdown on the opposition because it viewed the Varela Project, a legal and nonviolent citizen initiative, as an existential threat. Nine years later on July 22, 2012 it murdered the man who authored it.

Tania Bruguera who at this hour is being arbitrarily detained, along with scores of other activists, is a daughter of the nomenklatura who is also a performance artist. It also appears that she does not understand the totalitarian nature of the regime in Cuba. In a Reuters interview she declared, "I'm not doing this as a dissident, I'm doing it as a normal person," and giving her credentials as a revolutionary saying "I'm not a counter-revolutionary, like they say. I'm from a revolutionary family."

Creating a temporary free space where Cubans of all ideological tendencies can speak out for one minute in a respectful manner in a public space sets a dangerous precedent that the regime is unwilling to accept.  For a totalitarian dictatorship spaces of open and peaceful dialogue are unacceptable because it endangers their very existence. All must be controlled to survive.

What the regime in Cuba has always demanded is to be treated the same way as the Chinese and the Vietnamese regimes. This translates to economic relations while not allowing human rights considerations to get in the way of "business." The policy of the United States in these countries has been not only shameful but also harmed the interests of the American people. When thousands were butchered in China the United States made a public pro-forma complaint but privately assured the regime's leaders that it would be business as usual. Both China and Vietnam are wealthier but human rights have gotten worse not better and average Americans are poorer. At the same time that advocates of lifting sanctions point to the promise of greater internet connectivity in China Gmail has been shutdown.


Americans may place their heads in the sand pretending that the existing confrontation between China and the United States is non-existent but the ICBMS pointed at American cities remain very real and are there thanks to the assistance of American corporations.

With or without the Embargo the confrontation with the United States will continue as long as the government of the United States is a democracy. Furthermore, the propaganda of the regime in Cuba and its allies in Venezuela, Ecuador, Nicaragua, El Salvador, Bolivia, and elsewhere is that the United States is an imperial power. Opening up to the United States economically as it has with other countries will present a new line of argument to justify its totalitarian control: the threat of economic domination by the imperialists.

This can already be seen in the arrests of Western businessmen and the confiscation of their assets with preferences to companies from ideologically friendly countries such as communist China, Vietnam, Venezuela, Brazil, etc.

The increased hard currency that the Castro regime will get its hands on will go towards reinforcing the dictatorship's repressive apparatus at home and expanding its power and influence abroad at the expense of U.S. interests.

Furthermore, shaking hands with Raul Castro on December 10, 2013 while he was cracking down on dissidents in Cuba and diplomatically recognizing the Castro regime while freeing one of his spies who was serving a life sentence for murdering Americans will lead nowhere good for Cuba or the United States.

Like North Korea, the regime in Cuba is a bully and as anyone knows from the school yard when you appease a bully all you accomplish is to encourage more bullying behavior because it has been rewarded. Unfortunately, the history of the Castro regime demonstrates that it mistakes engagement with passivity and weakness then acts accordingly in its own interests.