Cuba, Iran, Hezbollah, drug trafficking and the list of state sponsors of terrorism 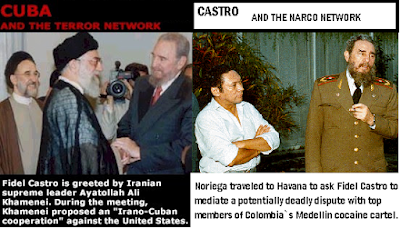 Newsweek reported on December 18, 2017 that the "Islamist militant group Hezbollah exploded into a major cocaine trafficker for the United States over the past decade—and it happened under former President Barack Obama's watch to help score a nuclear deal with Iran, a report revealed Monday."

There is a Cuban link that the current Administration should pay attention to. On February 13, 2016 Vice News reported that in 2011 Secretary of State Hillary Clinton had been warned that the Lebanese Islamist militant group Hezbollah was setting up an operational base in Cuba to carry out attacks in Latin America that might also involve attacks on American diplomatic posts or banks there was revealed in an e-mail from September 9, 2011 that stated the following:

The Hezbollah office in Cuba is being established under direct orders from the current General  Secretary Hasan Nasrallah, who replaced Musawi in 1992. According to the information  available to this source, in preparation for establishment of the base, Nasrallah, working from  inside of Lebanon, carried out secret negotiations with representatives of the Cuban Government,  particularly the Cuban Intelligence Service (General Intelligence Directorate — DGI), agreeing to, maintain a very low profile inside of Cuba. Nasrallah also promised to take measures to avoid any trail of evidence that could lead back to Cuba in the event of a Hezbollah attack in Latin  America. 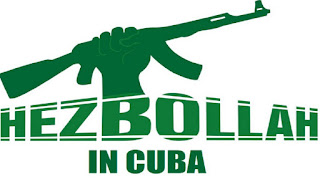 The previous Administration had a poor track record of politicizing reports to pursue political objectives. In the case of Cuba this meant watering down reports on human trafficking, looking the other way on connections to drug trafficking, terrorist groups and downplaying Cuba's role in Venezuela's crisis and attempt to smuggle tons of heavy weapons to North Korea. It now appears that the practice has also been repeated with Iran. Newsweek in the already mentioned December 18, 2017 report reveals the following:


"Project Cassandra, a campaign launched by the Drug Enforcement Administration in 2008, found that the Iran-backed military and political organization collected $1 billion a year from money laundering, criminal activities, and drug and weapons trade, according to Politico. Over the following eight years, the agency found that Hezbollah was involved in cocaine shipments from Latin America to West Africa, as well as through Venezuela and Mexico to the United States.  The Obama administration halted Project Cassandra as it was approaching the upper echelons of Hezbollah’s conspiracy in order to seal a nuclear deal with Iran, even though Hezbollah was still funneling cocaine into America."

Boneheaded political calculations are a bipartisan affair. In October of 2008, the Bush Administration took North Korea off the list of state sponsors of terrorism in the hopes that it would “salvage a fragile nuclear deal” with the totalitarian regime. The Reagan Administration designated North Korea a terror sponsor in 1988 after it was implicated in the 1987 bombing of  a South Korean airliner, in which more than 100 died. Nine years after taking Kim Jong Un’s regime off the list of terror sponsors, North Korea has tested nuclear weapons and is now threatening to attack the United States with its new nukes.

The lessons from the Bush Administration’s cozying up to North Korea should have given the next Administration cause to reject pursuing a similar path with Cuba. Unfortunately, that was not the case and on May 29, 2015 the Obama Administration took Cuba off the list of state sponsors of terrorism.

Iran has been on the list of state terror sponsors since 1984 and should remain there.

The U.S. Congress and Tillerson State Department should investigate what is going on in Cuba and its links to Hezbollah and other bad actors. If the regime in Cuba is continuing its pattern of sponsoring terrorism and international criminal enterprises then it should be returned to the list of state sponsors of terrorism.
Posted by John Suarez at 7:03 PM