Prince Charles and the Duchess of Cornwall visit Cuba: Did they see the real Cuba or just the Potemkin Village?

Normally, travel broadens the mind but what about visiting a totalitarian state?

Prince Charles is pictured above with Ramiro Valdes. Commander Ramiro Valdes is "a historic leader of the revolution." He is the founder of the Castro regime's secret police and was the first head of the Ministry of the Interior between 1961 and 1968. Ramiro Valdes is an architect of the Cuban police state. This Cuban Dzerzhinsky with a bloody track record has been white washed with this royal visit.

Commander Valdes went to Venezuela in 2010 supposedly to address the then already existing electricity crisis . In February of 2010  Ramiro Valdes, then age 77, was hired "as a consultant for that country's energy crisis" but his expertise is not in energy. He is viewed by some Cuba experts as "the No. 3 man in the Cuban hierarchy."

Valdes in 2010 was the Vice President of the Council of State and Minister of Communications in the Cuban government. His role in Communications was figuring out in 2007 a way to muzzle the internet, what he called a "wild colt of new technologies." Afro-Cuban scholar Carlos Moore offered the following observation on Commander Valdes in 1961 and in 2010:

Ramiro Valdes was an inflexible, totalitarian and brutal person. He was the most feared man in Cuba. The repressive policies of the regime were crafted by him. Valdes struck fear into the hearts of Cubans (even revolutionary ones).

In 2013, Juan Juan Almeida, the son of another commander of the revolution, listed some of his nick names:  "The Master of Censorship; The Prince of Terror; The Cuban Dzerzhinsky; … and in his native district he is known as the Butcher of Artemis." This is who Prince Charles has been photographed with during his visit to Cuba. This is not an accident. 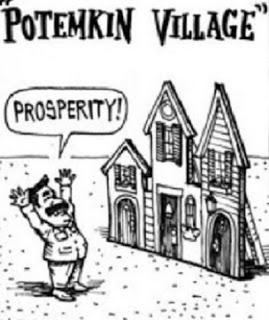 Visitors to totalitarian states become targets of both the state security service and the propaganda ministries. These regimes will pull out all the stops to show themselves in the best light possible and make sure that high profile visitors have a great time but within a reality fabricated by them. It has paid back with big dividends in the past with a partial list including: Lincoln Joseph Steffens, Charles Lindbergh, Jane Fonda, Linda Ronstadt, and Dennis Rodman that wittingly or unwittingly became agents of influence after visiting totalitarians and being photographed with them. Sadly,  Prince Charles and the Duchess of Cornwall have been added to this long list.


Great mojitos, fine cuisine, and visits to the nicest part of the island while avoiding all the unpleasantness provides a skewed vision of Cuba. The reality that Cubans know on and off the island is far different, and there are also respected international human rights bodies and organizations that would also provide the royal couple with a profoundly different perspective.

This is has been going on for a long time and the techniques of hospitality are so refined that one need not be an ideological fellow traveler to be converted.  These totalitarian tactics are ideologically neutral and often very successful in creating the Potemkin village experience.  They create an impressive facade or show designed to hide undesirable facts and conditions.

Totalitarians have a track record of effectively using tourism, athletic events, and academic exchanges to present their regimes in a way that historically legitimized them and covered up their hostile objectives often with disastrous results not only for their own countries but the international community as a whole. An excellent accounting of these practices and their impacts on national and international politics is found in Paul Hollander's book Political Pilgrims that should be required reading for anyone traveling to Cuba, China, North Korea, Venezuela, or Vietnam.

It may have been useful for Prince Charles and the Duchess of Cornwall to have had a briefing about Hollander's book, and meeting with Cuban dissidents to gain a understanding of the real Cuba, and perhaps avoid being used as a prop by the Castro dictatorship.