"God who gave us life gave us liberty. Can the liberties of a nation be secure when we have removed a conviction that these liberties are the gift of God? Indeed I tremble for my country when I reflect that God is just, that his justice cannot sleep forever.” – Thomas Jefferson 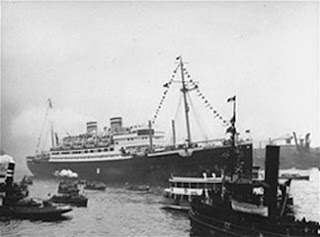 
The M.S. St. Louis left Hamburg 80 years ago on May 13, 1939 with more than 900 Jewish passengers fleeing Nazi Germany only to be rejected entry by Cuba, the United States, and Canada.

May 27 - June 6, 1939 spanned the period 80 years ago when corrupt Cuban officials extorted desperate Jewish refugees fleeing Nazi Germany and then thanks to popular anti-immigrant fervor refused to grant them safe harbor leading the ship to try its luck with the United States, and Canada only to be denied and forced to return to Europe where many of the passengers would later perish in gas chambers of the holocaust.
Looking over the literature on this black spot in Cuban history there are a number of lessons to be learned that can be applied even today, and there is a need to apologize for a great wrong committed by the Cuban people against these 938 passengers aboard the M.S. St. Louis. Political corruption, envy, and the manipulation of public sentiment by agents of a totalitarian regime led to a voyage of refugees seeking freedom into what became known as a voyage of the damned.


As usual in Cuban history there are those who try to blame the United States for the actions of the Cuban officials, but as time passes and new documents are released that charge is without a serious basis. The U.S. State Department was trying to pressure the Cuban government to take the Jewish refugees so that the United States would not be placed in the position of having to accept the refugees. 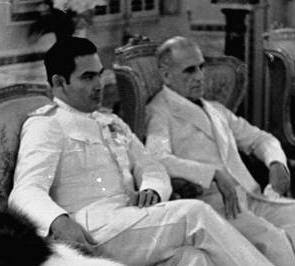 
The Strongman, The President, and the Director of Immigration
The Cuban Republic founded in 1902 suffered political instability that led to an elected President Gerardo Machado changing the Constitution to be able to run for re-election and in effect become a dictator which led to the revolution of 1933. The revolution of 1933 had placed Fulgencio Batista in the position as strong man with Presidents in office that he essentially had impeachment power over.

For example, Dr. Federico Laredo Brú had been elected Vice President in 1936 on the same ticket as President Miguel Mariano Gomez, son of former president José Miguel Gómez who won the presidential election, but when he vetoed a bill to create rural schools under army control that Fulgencio Batista had wanted passed the strong man, engineered his impeachment in December of1936 and Laredo Brú would serve out Gomez’s term. He was the nominal president controlled by strongman Batista when the M.S. St. Louis arrived in Cuba on May 27, 1939.

The Great Depression and the economic downturn created an anti-immigrant environment around the world. In Cuba this manifested itself in early 1939 with the passage of Decree 55 which drew a distinction between refugees and tourists. “The Decree stated that each refugee needed a visa and was required to pay a $500 bond to guarantee that they would not become wards of Cuba. But the Decree also said that tourists were still welcome and did not need visas.

The Director-General of the Cuban immigration office, Manuel Benitez Gonzalez, realized that Decree 55 did not define a tourist or a refugee. He decided that he would take advantage of this loophole and make money by selling landing permits which would allow refugees to land in Cuba by calling them tourists. He sold these permits to anyone who would pay $150. According to U.S. estimates, Benitez Gonzalez had amassed a personal fortune of $500,000 to $1,000,000.Though only allowing someone to land as a tourist; these permits looked authentic, were even individually signed by Benitez Gonzalez, and generally were made to look like visas. His small fortune created resentment and envy in the bureaucracy that would eventually force him to resign.

Manuel Benitez Gonzalez was also a protégé of Cuban strongman Fulgencio Batista, and was most likely providing the strongman a kickback. On May 5, Decree 937 was passed which closed the loophole Benitez Gonzalez had exploited. Without knowing it, almost every passenger on the M.S. St. Louis had purchased a landing permit for an inflated rate but by the time they arrived in Cuba those permits had already been nullified by Decree 937.


The argument has been made that pro-Franco sentiment explains the rejection of the Jewish refugees and anti-semitic demonstrations. This requires ignoring that under Franco's brutal dictatorship, during the entire Second World War especially after 1942, Spanish borders were kept open for Jewish refugees from Vichy France and Nazi-occupied territories in Europe. Furthermore that Franco's diplomats extended their diplomatic protection over Sephardic Jews in Hungary, Slovakia and the Balkans. Spain was a safe haven for all Jewish refugees and antisemitism was not official policy under the Franco regime. What happened in Cuba?

80 years ago, the MS St. Louis set sail from Germany with hundreds of Jewish refugees on board. They were fleeing Nazi Germany - but the passengers were denied refuge in Cuba, the US, and Canada. With nowhere to go, many of them would later perish in the Holocaust. #WeRemember pic.twitter.com/2CNMEeZtmU
— WJC (@WorldJewishCong) May 13, 2019

According to the Jewish Virtual Library: "Goebbels had decided to use the M.S. St. Louis and her passengers in a master propaganda plan. Having sent agents to Havana to stir up anti-Semitism, Nazi propaganda fabricated and hyped the passengers' criminal nature - making them seem even more undesirable. The agents within Cuba stirred anti-Semitism and organized protests. Soon, an additional 1,000 Jewish refugees entering Cuba was seen as a threat."

This is pure speculation, but a combination of factors: the opposition to Fulgencio Batista sought to expose corrupt practices and exploit the anti-immigrant sentiment generated by the economic downturn combined with Nazi agents, less inept than Heinz Lüning, seeking to exploit and heighten the anti-semitism created a perfect political alignment that led to a mass demonstration on May 8, 1939 and Primitivo Rodriguez, a spokesman for opposition figure Ramon Grau San Martin, urging Cubans to "fight the Jews until the last one is driven out." The demonstration drew 40,000 spectators. Thousands more listened on the radio.

The Cuban government admitted 28 passengers with proper identification. 22 of them were Jewish and had valid U.S. visas; the remaining six-four Spanish citizens and two Cuban nationals--had valid entry documents. One further passenger, after attempting to commit suicide, was evacuated to a hospital in Havana. The remaining 908 passengers were denied entry. In the end according to the Jewish Virtual Library it was about money. The Cuban government wanted $500 per refugee (approximately $500,000 in total). The same amount as required for any refugee to obtain a visa to Cuba. Several men claiming affiliation with the Cuban government, one identified himself as having powers to negotiate bestowed by President Brú. These men insisted that $400,000 to $500,000 were needed to ensure the St. Louis passengers' return to Cuba. The negotiators for the passengers believed that these men just wanted a cut in the profit by negotiating a higher price.

Around noon on Tuesday, June 6, President Brú closed negotiations. Through a misunderstanding, the money allotment had not been agreed upon and the negotiators had missed a 48 hour deadline that they didn't know existed. One day later, the negotiators offered to pay President Brú’s every demand but the President said it was too late. The option of landing in Cuba was officially closed. The refugees would go on to be rejected entry by the United States, Canada and return to Europe. 254 of the passengers would subsequently perish in the Nazi Holocaust. Worse yet the Nazis took the example of the rejection of the Jewish refugees as a sign first that forced emigration of their Jewish population as a solution was off the table and that the world would not care if they were
exterminated.


Over the years books and movies have been written and produced documenting and dramatizing this crime and tragedy. In 1976 the Voyage of the Damned recreated the entire episode and in 2009 it was referred to in the back story of one of the characters in the film Rosa and the Executioner of the Fiend directed by Ivan Acosta.

On April 25, 2000 at 7:30pm at the height of the Elian controversry, approximately 1,500 Cubans marched from Ocean Drive and 10th Street on South Beach to the Holocaust Memorial in a silent march to ask for forgiveness for a great crime. If one believes as Martin Luther King Jr. did that “the arc of the moral universe is long but it bends toward justice,” then praying for mercy and asking for forgiveness for a great wrong is a necessity. Although the participants in the march knew what the purpose was the press preferred to focus on the Elian controversy and not the act of contrition.


There was what may have well been a final opportunity to remember the victims and ask for forgiveness of those who survived this ordeal nearly 10 years ago on Sunday, December 13, 2009 at the Eden Roc on Miami Beach were the survivors gathered to remember the 70th anniversary of the ill fated voyage. The testimony and experiences related were powerful and disturbing.

Representatives from both Israel and Germany were present and spoke. Many of the survivors said that they had forgiven what had been done to them but that they would never forget. A profound injustice was committed against these Jewish refugees by the Cuban government at the time, and lamentably, although a new political order arrived in Cuba in 1959 it doubled down on Anti-Jewish rhetoric and actions.

The government in Havana has carried on the worse of this legacy and compounded it in its non-stop propaganda attacks over the past half century against Israel. One of the low points under the current regime was during the Yom Kippur War were Fidel Castrp in 1973 dispatched 500 Cuban tank commanders to try and destroy Israel not to mention the Cuban government's training and supplying of Arab terrorists.

Both the United States, in a formal resolution of the 111th Congress,and Canada, by erecting a monument and including this episode in its education program, have apologized and made amends.. When will Cuba? Additional information available at https://www.ushmm.org/exhibition/st-louis/

To shamefully forget the dead is a desecration. Greatness is rooted in truth and truth is virtue. – José Martí