Setting the paper of record straight 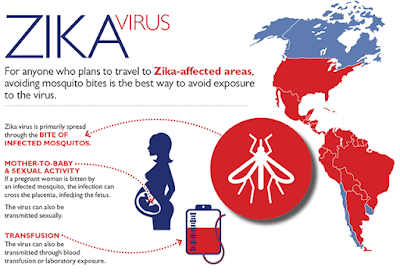 The New York Times spin machine is working over time trying to cover up the fact that healthcare in Cuba is a disaster.  In a August 22, 2019 article by Carl Zimmer, "Zika Was Soaring Across Cuba. Few Outside the Country Knew", the newspaper tries to shift the blame for an unreported outbreak of Zika in Cuba in 2017 on a reporting glitch. This ignores a decades long government pattern of covering up epidemics.


"Until now, the Pan American Health Organization had no record of any Zika infection in Cuba in 2017, much less an outbreak. Following inquiries by The New York Times about the new study, published in the journal Cell, officials acknowledged that they had failed to tally 1,384 cases reported by Cuban officials that year. [...] Officials at P.A.H.O., an arm of the World Health Organization, blamed the failure to publish timely data on the Cuba outbreak on a “technical glitch.” The information was held in a database, they said, but not visible on the website. By Thursday afternoon, the website had been updated."

On August 25, 2016 this blog raised concerns about the reporting on Zika in Cuba. This was done by looking back at past Castro regime responses to previous epidemics, and expressed skepticism of reporting that claimed their was nothing to worry about.


Daniel Chang of the Miami Herald reported on August 17, 2016 in the article "How Cuba is fighting Zika" in the first paragraph a claim that should raise concerns:


"After Cuba was ravaged in 1981 by an epidemic of hemorrhagic dengue fever — a mosquito-borne illness — the island nation’s communist government launched an aggressive response that created the framework for its reportedly successful fight against Zika, according to an article published Wednesday in the scientific journal Nature."

Tragically, the so-called aggressive response to dengue by 1997 involved arresting at least one doctor for enemy propaganda who correctly warned of a Dengue outbreak.  Eventually when the bodies started to pile up, it was no longer possible to cover up the epidemic, and the regime admitted it had a problem. This pattern of denial and lack of transparency was repeated with a cholera outbreak in 2012.

On September 2, 2016 this blog again warned about the dangers of Zika and Associated Press reports that Cuba had "remarkable success in containing Zika virus." This report made no mention of the regime's past history of covering up epidemics on the island.

Cuba has a two tiered health care system one tier for the nomenklatura and foreign tourists with hard currency that offers care with modern equipment and fully stocked pharmacies, then there is a second tier which is for the rest with broken down equipment, run down buildings and rooms, scarce supplies, a lack of hygiene, the denial of certain services and lengthy wait times. Healthcare professionals are poorly paid and lack food.

In 1997 a Cuban doctor was silenced for warning about a deadly dengue epidemic. Dr Desi Mendoza Rivero, married with four children at the time, was arrested on June 25, 1997. On November 28, 1997 he was sentenced to eight years in prison for "enemy propaganda." Amnesty International declared Desi a prisoner of conscience and campaigned for his freedom. He was released on November 20, 1998 due to health reasons following the visit of the Spanish Foreign Minister,  under the condition that he go into exile in Spain.  First official report to the World Health Organization of the dengue outbreak was six months after initial identification made by the jailed and later forcibly exiled physician. Mendoza's reports were eventually confirmed. This episode would have a chilling effect on other doctors coming forward.

On January 15, 2010 The New York Times reported the confirmed deaths of at least 20 mental patients at the Psychiatric Hospital in Cuba, known as Mazorra, due to "criminal negligence by a government characterized by its general inefficiency," a day later the Cuban government confirmed that 26 patients had died due to “prolonged low temperatures that fell to 38 degrees.”

News of a cholera outbreak in Manzanillo, in the east of the island, broke in El Nuevo Herald on June 29, 2012 thanks to the reporting of an independent reporter in the island. Calixto Martinez, the independent Cuban journalist who broke the story was jailed. The state controlled media did not confirm the outbreak until days later on July 3, 2012. The BBC reported on July 7, 2012 that a patient had been diagnosed with Cholera in Havana. The dictatorship stated that it had it under control and on August 28, 2012 said the outbreak was over.

In July 2013 an Italian tourist returned from Cuba with severe renal failure due to Cholera. New York high school teacher Alfredo Gómez contracted cholera during a family visit to Havana during the summer of 2013 and was billed $4,700 from the government hospital. A total of 12 tourists were identified who had contracted cholera in Cuba.

On August 22, 2013 Reuters reported that Cuba was still struggling with cholera outbreaks in various provinces.

On December 28, 2017 the Spanish news service EFE reported that the Castro regime had dismantled a network of medical officials and workers who'd adulterated a medicine for children made at the laboratories of the state-owned drug company BioCubaFarma. They replaced the active substance methylphenidate with a placebo substance in the manufacture of the drug marketed as "Ritalin." The active substance was sold on the black market. Nevertheless, the Miami Herald had an article touting the importance of importing drugs from Cuba on December 14, 2017.

The statistics and numbers that the international community has access to with relation to the Cuban healthcare system are manipulated by the dictatorship. Anthropologist Katherine Hirschfeld, in the book she authored, Health, Politics, and Revolution in Cuba Since 1898, describes how her idealistic preconceptions were dashed by 'discrepancies between rhetoric and reality,' she observed a repressive, bureaucratized and secretive system, long on 'militarization' and short on patients' rights.

The Pan American Health Organization (PAHO) is being sued for conspiring "with the Cuban government to collect millions of dollars by unlawfully trafficking Cuban doctors to Brazil." (PAHO is the Regional Office for the Americas for the World Health Organization [WHO], and is recognized internationally as a part of the United Nations system.) According to a November 29, 2018 article by Frances Robles, in The New York Times, PAHO "made about $75 million off the work of up to 10,000 Cuban doctors who earned substandard wages in Brazil."

Perhaps Mr. Zimmer and The New York Times should explore this relationship and the possibility that more than a glitch was involved in endangering the lives of thousands of travelers with the complicity of both the Cuban government and the Pan American Health Organization. 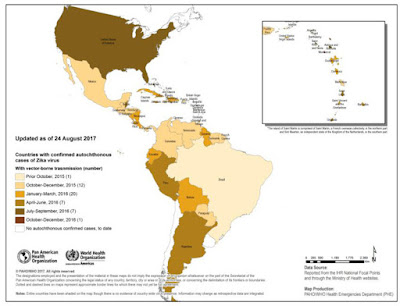