Castroism's disaster in healthcare in Cuba, replicated in Venezuela

In July of 2014 Marc Masferrer in the blog Uncommon Sense reported on how Cuban guards were beating the patients to silence their screams, providing patients very poor quality food, and raping psychiatric patients in Mazorra. Marc posted the picture below in the post. 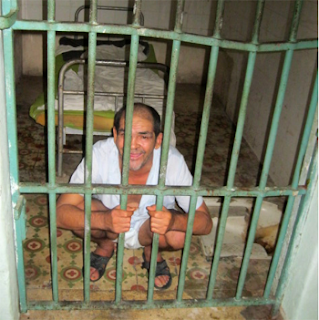 In January of 2010 at least 26 psychiatric patients died of exposure and hypothermia at the Cuban national psychiatric hospital and an outraged, unknown whistle blower was able to get shocking photos out of some of the victims.


The fruits of Castroism in Cuba is a 57 year long disaster both socially and politically. For many years it was successfully covered up by clever government propaganda because there is no free press. However in Venezuela there is still a remnant of liberties and it is more difficult to cover up the hunger and misery, for now.  Hugo Chavez promised to bring the happiness of the Cuban people to the people of Venezuela. Sadly both he and Maduro are making good on that promise and the results as can be seen above are the same.