Emilio Bacardi Moreau was born in Santiago de Cuba on June 5, 1844, the son of Facundo Bacardí Massó, and after a life of entrepreneurship and patriotic service, he died 100 years ago today on August 28, 1922, of a heart ailment. He was 78 years old. The city of Santiago suspended all public events for two days to mourn and celebrate his life. He had been nicknamed “Cuba’s foremost son.”

Elements of the Cuban regime have tried to observe this anniversary and co-opt the Bacardi name, but the Bacardi family is the antithesis of the Castro family and Castroism in Cuban history through to the present day.

A history of the Bacardi family written by Tom Gjelten, a reporter for National Public Radio titled Bacardi and The Long Fight for Cuba :The Biography of a Cause  explored their role in Cuba's independence.  A 2008 review of the book in The New York Times by Randy Kennedy touches on the figure of Emilio Bacardi Moreau.


"Emilio Bacardi, especially, comes to life as the book’s most powerful character, though one so strange that Gabriel García Márquez might have invented him. Emilio was imprisoned twice by Spain off the coast of Morocco for his revolutionary activities. But he still managed to hold the company together, to serve as Santiago’s mayor during the unsettled years of the American occupation, to help found a salon called the Victor Hugo Freethinker Group, to practice
theosophy in a predominantly Catholic country and to track down a genuine mummy on a trip to Egypt, which he bought as the centerpiece for a museum he had founded in San­tiago."

His son Emilio Bacardi Lay actively took part in Cuba's war of independence. In 1895, he was a field officer for General Antonio Maceo during the invasion of Cuba by independence forces. He reached the rank of colonel by the age of 22.

In contrast, Angel Castro, Fidel and Raul Castro's father fought for the Spanish crown against Cuban independence. Castro's father, Angel, according to the 2016 TV3 documentary, "Franco and Fidel: A Strange Friendship" had a photo of Francisco Franco on his nightstand.

During the Republic, the Bacardi family not only had enlightened business practices but also engaged in civic activities that promoted a Cuban democratic culture. Emilio Bacardi was the first democratically elected mayor of Santiago de Cuba. His reputation for honesty and public service led to his election to Cuba's national senate in 1906. This tradition continued in later Bacardi generations. Each time that a dictatorship arose in Cuba under Gerardo Machado in the 1930s, and later Fulgencio Batista in the 1950s, the Bacardis joined the democratic resistance. 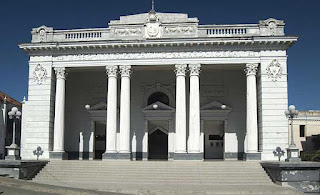 The Castro brothers emerged from the worst elements of political gangsterism to impose a dictatorship that has lasted 63 years. The new dictatorship illegally confiscated Bacardi's assets in Cuba on October 15, 1960, attempted to seize their licenses, and trademarks, but failed.

Bacardi Imports, Inc., re-established its headquarters in Miami in 1963 after having been based for a century in Santiago de Cuba. Emilio Bacardi Lay, who was born in Santiago de Cuba on June 12, 1877, died in exile in Miami on October 14, 1972 at the age of 95. He was the last surviving ranking officer from Cuba's war of independence with Spain.

On Francisco Franco's death in 1975, Fidel Castro decreed three days of mourning in Cuba for the Spanish despot, in an official decree rubber stamped by Cuban president Oswaldo Dorticós.

Bacardi in the diaspora would continue to make world class rum, to win awards for their quality, and expand as a business. They would also continue their traditions of service, enlightened stewardship of their company, and support for a democratic Cuba.

This is the history that the Castro dynasty would like to erase or alter.

Meanwhile, to all who read this please consider that if you wish to make a toast to freedom then do it with Bacardi. 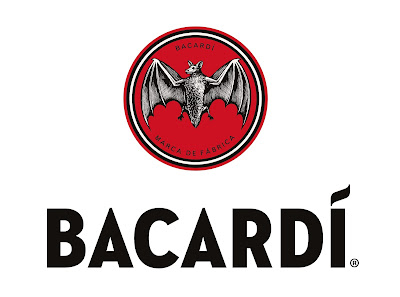