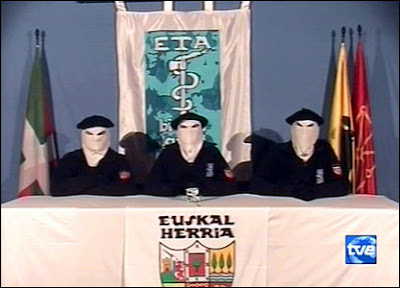 On December 3, 2010 blogger Yoani Sanchez made the following observation: "Until 2 days ago official media in Cuba applauded Wikileaks, but with new revelations they've already begun to criticize. Wikileaks revelations about Cuba leave government of the island badly positioned, they have not been published in national press."

What are these revelations?

Wikileaks leaked the February 27, 2009 cable below published in its entirety in El País that the US Interests Section in Havana has evidence that Cuba continues to be a safe haven for terrorists:

A. (C) Yes. We have reliable reporting indicating the presence of ELN, FARC and ETA members here in Havana. That said, they are unlikely to conduct terrorist operations in Cuba.

B. (C) The specific activities of these groups are largely unknown but Post was able to corroborate that ETA members assisting the FARC had spent time in Cuba and some even had family members in country. There is little chance of any operational activity given the need for safe haven.

C. (C) Yes. The GOC allows these groups to enjoy R&R in Cuba and receive medical care and other services (NFI). Reporting also indicates that the GOC is able to influence the FARC. The Cuban Communist Party International Department (PCC/ID) has close relationships with the Clandestine Communist Party of Colombia (PCC) which serves as the political wing of the FARC, and to some extent the ELN as well.

D. (S) Yes. The Al Ma'Sumin (Shia) Islamic Center located in Havana has established ties with, and receives support from, the Government of Iran.

Reporting on this revelation in the media fails to provide the historical context for this relationship between the Cuban dictatorship and international terrorist movements. The documentation and archival footage is readily available but there appears to be some sort of media amnesia about the Cuban regime's role first in extensively using terrorist tactics in their struggle against Batista in the 1950s and second in organizing a Tricontinental movement in the 1960s to coordinate and train both guerrillas and terrorists in their efforts to subvert the established order in pursuit of their ideological aims. Nor is their much mention of the reasons why Cuba was placed on the State Department's list of terror sponsors on March 1, 1982: The US State Department had confirmed that the Castro regime was using a narcotics ring to funnel both arms and cash to the Colombian M19 terrorist group then battling to overthrow Colombia’s democratic government.

The Cuban regime also operated in the United States training radicals in terrorism and viewing it as a political tactic. When one of their assets died earlier this year, Radio Havana Cuba published an article online titled "Political Activist Marilyn Buck Dies at 62" in which it referred to Marilyn Buck as an "activist and former political prisoner". In reality she was an American terrorist who bombed the U.S. Capitol in 1983 to protest the Grenada Invasion, and on October 20, 1981 as part of a group of Weather Underground and Black Liberation Army members assaulted a Brink’s armored car carrying $1.6 million in Nanuet, NY. Buck was a member of the Black Liberation Army. Two police officers and a guard were murdered in the course of the armed robbery. Buck also pleaded guilty to the bombing of the US Capitol in 1988.

In another Cable leaked by Wikileaks dated January 28, 2010 also published in its entirety in El País that the Ambassador to Venezuela indicated that Cuban agents controlled spying operations against the US embassy in Caracas:

(S/NF) RSO stated the current threat levels for post and stressed that Caracas is critical and high in 4 of the 6 threat categories. RSO and other sections confirmed that Venezuelan Intelligence Services (Directorate of Military Intelligence-DIM and the Bolivarian Intelligence Service-SEBIN formerly DISIP) are conducting HUMINT and TECH operations against Embassy staff, as well as political opposition leaders and are controlled by the Cuban Intelligence Service operating in Venezuela. While the collection priority appears to be for political opposition leaders, RSO reminded everyone that the VIS have the capability, means and
desire to monitor and target Embassy staff.

Another cable leaked by Wikileaks from January 30, 2006 raised concerns about Cuban spies and their relationship with Hugo Chavez and the Venezuelan intelligence service describing it as an "Axis of Mischief":

SUBJECT: CUBA/VENEZUELA AXIS OF MISCHIEF: THE VIEW FROM
CARACAS

1. (S//NF) As noted in REF A, the Venezuelan relationship with Cuba continues to intensify. Thousands of personnel sent by the Cuban Government are involved in the Venezuelan health sector and other BRV social missions. Cubans cooperate extensively with Venezuelan intelligence services. Cubans may also participate heavily in the BRV's efforts to naturalize foreigners and provide documentation for citizens, according to various reports from Embassy contacts. Cubans' roles in the military are less clear but probably are also less significant.

2. (C) Venezuelans' views of individual Cubans are mixed. Venezuelan President Hugo Chavez appears to be trying to promote the involvement of Cubans in Venezuelan society, although he has proceeded slowly and carefully. Anti-Chavez politicians have barked up the wrong tree by decrying Cuban communism and sovereignty violations, issues that simply do not resonate with poor Venezuelans. While the economic impact of Cubans working in Venezuela may be limited, Cuban intelligence has much to offer to Venezuela's anti-U.S. intelligence services. End Summary.

3. (S) Although the numbers of Cubans sent by the GOC to work in Venezuela are significant, the exact figures are difficult to establish. Embassy officers have noted regular flights of Cubans--or Venezuelans returning from official visits to Cuba--at Caracas's Maiquetia airport. According to a DOD analysis of flight activity, an average of about 350 people arrive on three to five commercial or military flights from Cuba to Venezuela per day. Most of these flights land at Maiquetia, but Barcelona and Maracaibo are also common destinations. Post cannot determine how many Cubans are on the flights or how many passengers stay in Venezuela permanently. Airport officials spirit passengers through the building without stopping in customs or immigration. ONIDEX, Venezuela's National Office of Identification and Immigration, reports that it naturalized only 12 Cubans out of a group of 22,664 persons naturalized in December 2005. Whether or not they enjoy Venezuelan citizenship, however, thousands of Cubans have Venezuelan documentation. In addition to the over 20,000 Cubans involved in the Venezuelan health sector (see below), less reliable reports indicate that thousands more are active in the Venezuelan interior. Manuel Rosales, the opposition Governor of Zulia State, told the DCM in October 2005 that 20,000 Cubans resided in Zulia alone. Former National Assembly deputy Pedro Pablo Alcantara (Accion Democratica) told us in October that Lara State had the most Cubans per capita in Venezuela. He claimed more flights from Havana arrived in Barquisimeto, Lara than in Caracas. Complicating the matter further are some 30,000 Cuban exiles in Venezuela, the Cuban exile NGO Net for Cuba estimates.

4. (C) The BRV created Mision Barrio Adentro (Inside the Neighborhood Mission) to provide basic health care for disadvantaged neighborhoods in December 2003, shortly after signing a bilateral agreement with Cuba to swap oil for medical services. As of mid-2005, about 21,000 Cuban physicians, nurses, and support staff along with some 6,000 Venezuelan personnel staffed the mission, according to the Ministry of Communication. Mission clinics are small, two-story hexagonal structures that also house two to three doctors. The BRV provides the clinics' equipment and reduced-cost medicines. Through Barrio Adentro, the BRV identifies patients eligible for Mision Milagro (Miracle Mission), which flies Venezuelans to Havana for cataract surgery. Anecdotal reporting suggests the care Cuban doctors provide is often lacking and that many "physicians" are actually medical students. The BRV has recently begun Mision Barrio Adentro II, a network of more advanced diagnostic centers and inpatient clinics to be administered and staffed mostly by Venezuelans.

5. (C) Notwithstanding the 90,000 to 100,000 barrels of oil Venezuela provides Cuba per day on barter terms, Cuban doctors earn relatively little. According to press reports, Cuban doctors receive salaries of up to USD 400 per month, a figure slightly lower than local averages. A Cuban physician told Post's medical advisor, however, that he received room, board, and toiletries but that the Cuban Government was "holding" his salary until he finished his two-year tour. Some Cuban doctors have "deserted" and fled. A European diplomat told polcouns in mid-January 2006 that the number of Cuban asylum requests received by EU missions in Venezuela had increased over the past few months. A local legislator with extensive contacts in poor neighborhoods told us in November 2005 that Cuban doctors complained bitterly that the Cuban regime held their families hostage while the doctors relied on local donations to survive. In contrast, according to REF B, the GOC receives from Venezuela between USD 1,000 to 5,000 for each Mision Milagro cataract operation, which is comparable to the roughly USD 3,500 that a Venezuelan private clinic would charge for the procedure.

Hopefully the next time there is a public debate about the threat the Cuban regime poses to the United States that all of this will be taken into account along with placing it in a historical context.
Posted by John Suarez at 2:35 PM