Speaking truth to power can save your life in Cuba

"What’s past is prologue" - William Shakespeare, The Tempest, Act 2, Scene I

@RosaMariaPaya Angel is in danger. Will the world once more accept the rules of the Cuban government? 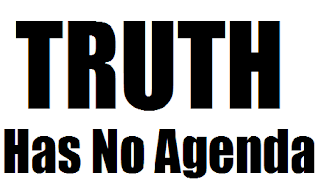 There are important lessons to be drawn from the past 53 years of totalitarian rule under the Castro brothers but despite this people of good will fail to see the patterns or learn the lessons of history. Our friends in Europe who co-existed with these type of regimes and had in their midst men of the caliber of Václav Havel who understood the power of the truth against a system built on lies.

In the case of Cuba the power of the truth was able to shake the regime from the its very beginnings while going along with the regime’s lies would destroy the complicit liar. It is not easy to hold on to the truth when one has been subjected to the techniques of interrogation, manipulation, torture and blackmail that Cuban state security are experts in. Even democratic governments can be duped into thinking that remaining silent and going along with the lie will benefit an imprisoned citizen or subject.

They could not be more mistaken.

Cuban history provides two parallel examples in which high ranking military officials in the regime were told that if they went along with the lie and pleaded guilty to the charges made against them that they could go home.

Towards the end of 1959, less than a year into the Castro regime, as it was still consolidating power and holding mass executions by firing squad the regime wanted to eliminate Huber Matos. Matos was one of the Commandants of the revolution who had entered Havana at Fidel Castro’s side but he was a fervent anti-communist who had fought Batista’s regime to re-establish democracy in Cuba not install a communist dictatorship. He had tried to resign his position but was repeatedly refused by Fidel Castro. Until the moment came to accuse Huber Matos of conspiracy and treason and set up a summary military trial in order to have him speedily executed. While being held in custody Fidel Castro sent a messenger to Huber Matos to tell him that if he confessed to everything that he had been accused of over the proceeding days and remained silent during the trial that he would not be executed and could go home.

Huber Matos rejected the offer and said he would defend himself. He went on to do so at his military trial and was able to shift the opinion of military officers in the room who applauded his courage during the trial. The Castro brothers had planned to execute him but instead, fearing they would make him a martyr, sentenced him to 20 years in prison.

Monsignor Agustin Roman in an important essay on the importance of the Cuban dissident movement in Cuba described the role that the truth played in its genesis:


The concept of nonviolent civil resistance is introduced into the history of Cuba. Take the truth as a weapon, placing it in practice in the civic field, what Scripture proposed in the spiritual realm: "the truth shall make you free". Hence its importance at that time and its transcendence for the future of Cuba.

If the truth shall make you free then what does the lie offer? The Ochoa case offers a dramatic answer. Nearly 30 years later in June of 1989, General Arnaldo Ochoa is arrested. He had been declared a “Hero of the Revolution” by Fidel Castro in 1984 but was deemed too dangerous by the dictatorship because he had been contaminated with ideas of Glasnost and Perestroika while visiting the Soviet Union during the Gorbachev era. He was also popular within the ranks of the military due to his exploits in Africa. As was done with Huber Matos he was slandered and accused of conspiracy and treason this time tied to drug smuggling and corruption. He was also approached with the offer that if he confessed to everything he had been accused of and did not mount a vigorous defense that he could go home into retirement.

Unlike Huber Matos he went along with the lie and pled guilty in an abject fashion reminiscent of the 1930s Stalinist show trials and was executed days later by firing squad on July 13, 1989.

These are two high profile and historic examples but there are many others in which the families of political prisoners have been told that if they remain silent and behave that their loved ones would be sent home to them.

Years and in some cases decades would go by before the family would understand that it was a lie. At the same time those who organized international campaigns and spoke out were able to obtain improved conditions for their imprisoned relatives and in many cases an early release. The most high profile examples of this practice are the Ladies in White. Their husbands, fathers and sons had unjust prison sentences that ranged up to 28 years yet thanks to their efforts all were out of prison within eight years.

The obvious questions raised by the previous examples outlined are why is the truth uttered by an individual so powerful and how can it possibly protect an individual instead of going along with the regime’s desire that one lie?

Václav Havel in his 1978 essay, The Power of the Powerless which he dedicated to the memory of Jan Patocka explained the power of confronting the lies with the truth saying:


As long as appearance is not confronted with reality, it does not seem to be appearance. As long as living a lie is not confronted with living the truth, the perspective needed to expose its mendacity is lacking. As soon as the alternative appears, however, it threatens the very existence of appearance and living a lie in terms of what they are, both their essence and their all-inclusiveness. And at the same time, it is utterly unimportant how large a space this alternative occupies: its power does not consist in its physical attributes but in the light it casts on those pillars of the system and on its unstable foundations.


Living in truth is a powerful shield of protection within a totalitarian regime but it doesn’t mean that one is still not in danger. Jan Patocka, a great Czech philosopher and dissident and Charter 77 signatory, that Havel dedicates his essay to, died after an 11 hour interrogation at the hands of state security in his country on March 13, 1977.

However, once one goes along with the lie their life is in greater danger because as long as the one who has gone along with the lie lives they can still recant and for the dictatorship it is more convenient to silence them. They have the video confession giving their version of events and no one to contradict it.

This is why when Rosa Marie Paya tweets that Angel [Carromero] is in danger she is telling the truth.
Posted by John Suarez at 5:15 PM